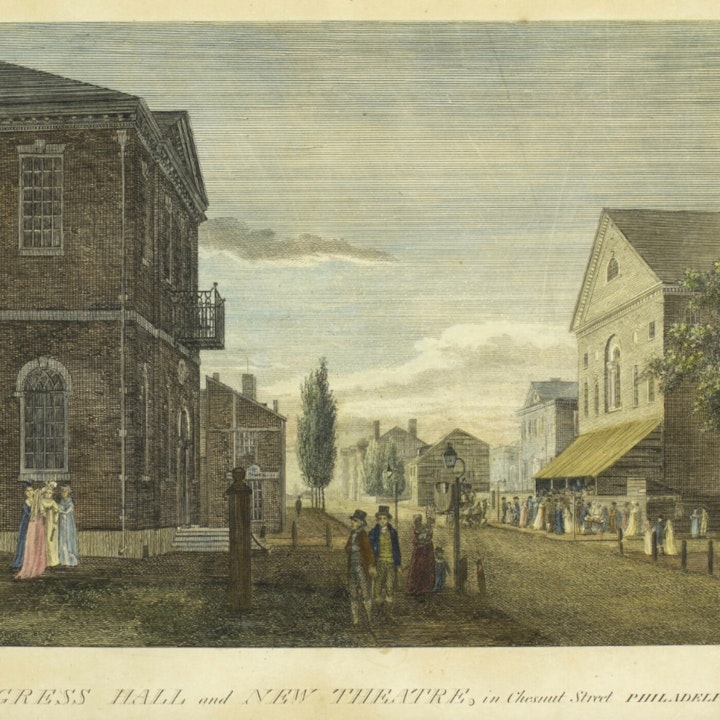 In this episode, we do a broad overview of Philadelphia theater and its contribution to American drama - from the founding of Pennsylvania to the end of the 18th Century.

William Penn's antipathy to all things theatrical is discussed, as well as the continuing effects of Quakerism's distrust of the performing arts during most of this period. But as Colonial America began to change, and as the United States became a country, this prejudice shifts, and Philadelphia becomes home to the premier dramatic company in the new nation.

(Image courtesy of The Library Company of Philadelphia)

See the blog post for this episode on the website:
"Plumstead's Warehouse and the Southwark Theatre"
/blog/episode-2-images-of-plumsteads-warehouse-and-the-southwark-theatre-in-philadelphai/