The "Ira Aldridge Troupe" at Franklin Hall in Philadelphia, June 1863

As I promised in Episode #24, "The Everlasting Minstrel Show", here is the complete item from the June 13th, 1863 New York Clipper about the "Ira Aldridge Troupe". It was part of a longer article entitled "The Theatrical Record", and had the subheading "Negro Minstrelsy."

It is interesting for the listeners to our podcast in several ways - worthy of note is not only the parody of Forrest's Metamora entitled "Red Man", but also the passing reference to the "Picayune Butlers" (remember that Fanny Kemble's memoirs about her time on the Butler Plantation had just been published in June 1863). I'm also interested in finding out if the bandleader Craig is related to another Black bandleader that we will meet in a future episode.

(Content Advisory: The writer of this article uses racist terminology consistent with common usage in the 19th Century. I can not say whether his characterization of speech by Black people in 1863 is accurate. I provide this item in historical interest only, and am in no way endorsing the use of such terms or language.) 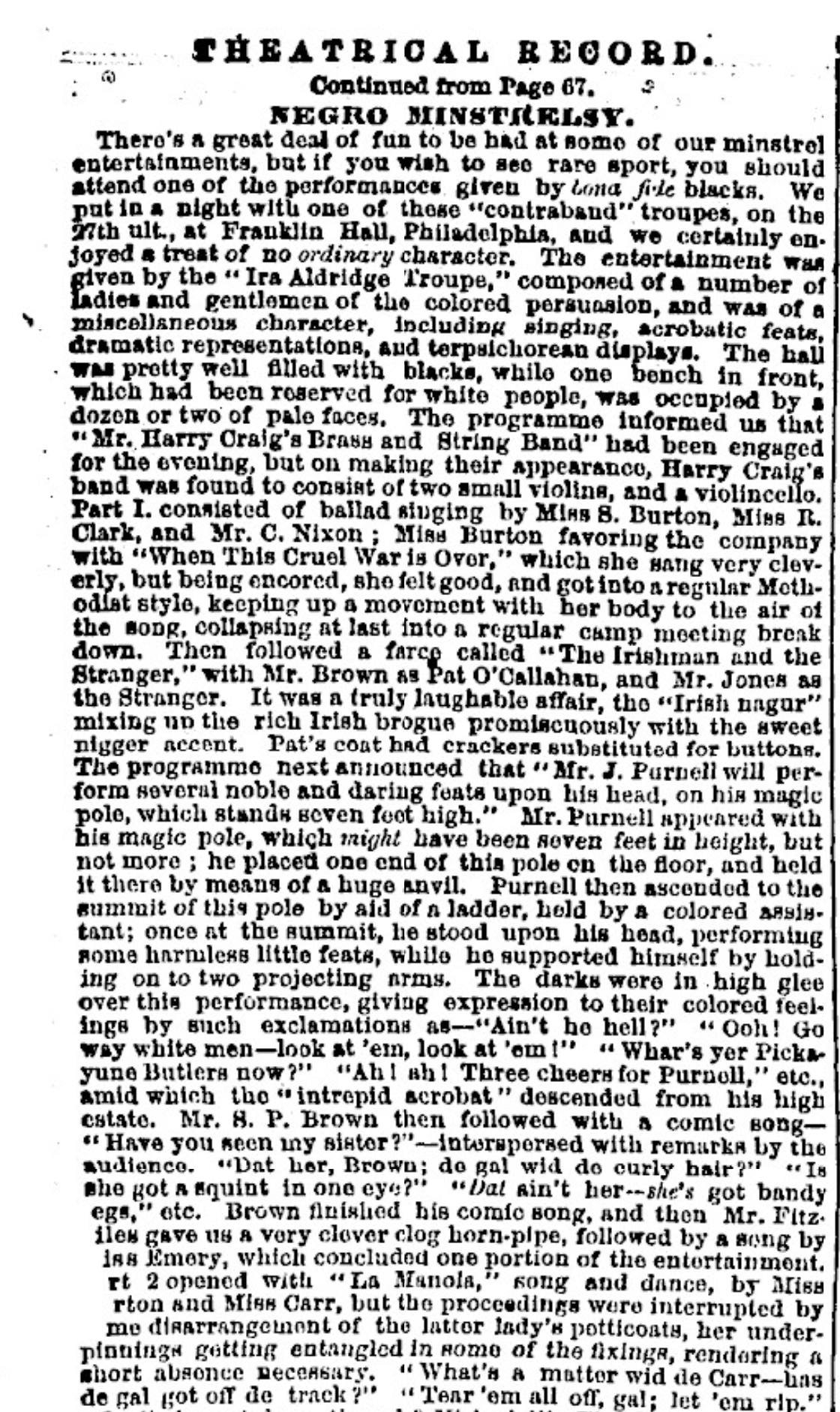 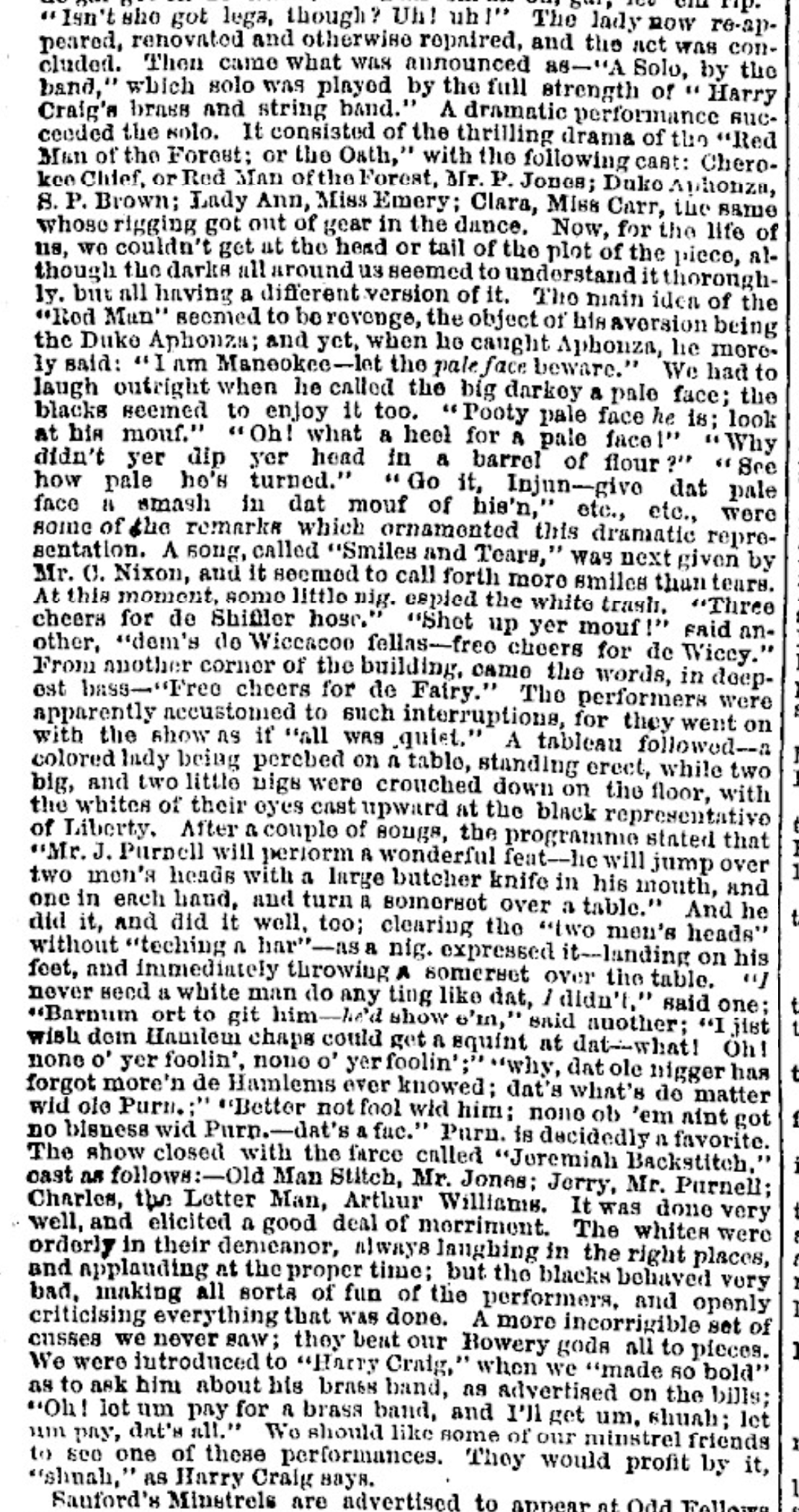