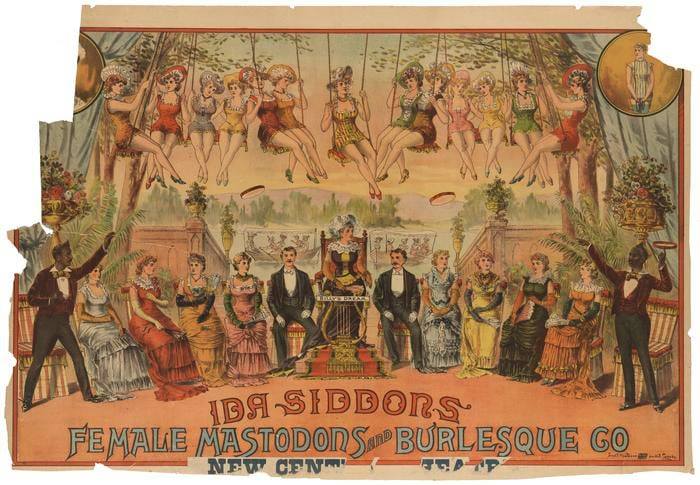 Above is the Ida B Siddons Female Mastodons and Burlesque Company poster, described in the episode.

After I posted the image on Twitter last year, the scholar Dr. Susan Kattwinkel replied and gave me some more information about it. Apparently the "Billy" of "Billy's Dream" is Billy Arnold, her manager. She also sent me a newspaper ad about the Ida Siddons Female Mastodons: 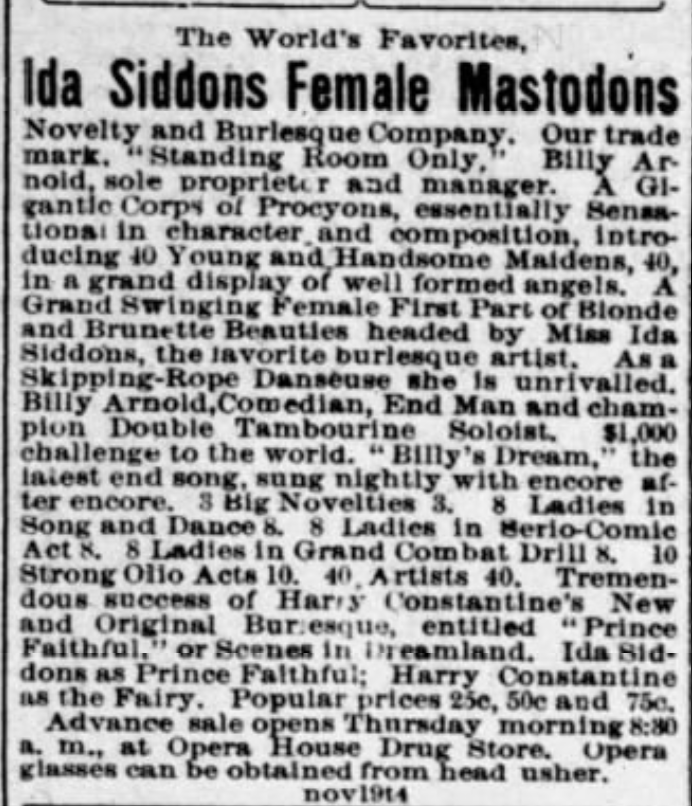 "Procyon" refers to the brightest star of the constellation Canis Major.

There are so many wonderful theater posters in the Historical Society of Pennsylvania collection. Most of the them date from about 1880, which makes me wonder if they weren't the personal stash of a printer or publicity many who worked in Philadelphia during those years. Many are for circus, variety or burlesque performances, but some are for "legitimate" theater. For instance, here are two of the actor Frederick Warde (whom we mentioned briefly in Episode 26). Warde had recently begun touring with his own company, and was playing for a week at the Walnut Street Theatre in February of 1883. These tall thin posters were meant to be displayed alongside the doors of the theater, to help attract the audience inside. 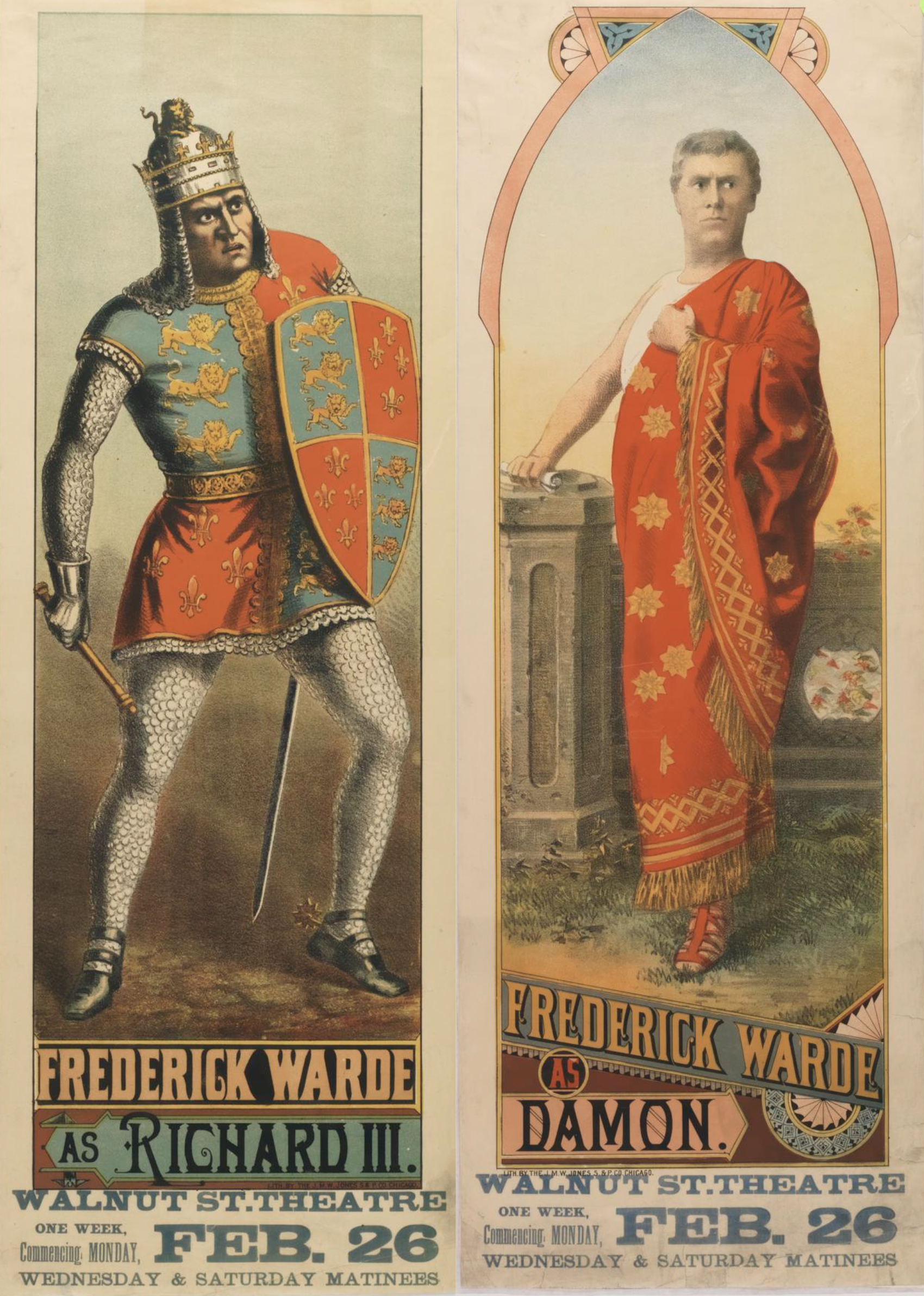 However, once they did come inside, Philadelphia audiences were skeptical about the abilities of Fred Warde and his hurriedly thrown together and likely under-rehearsed surrounding company from the start - especially in Roman plays, such as Damon & Pythias and Virginius (very old-school texts, dating from the 1820s). According to a newspaper reporter's account, the upper galleries at the Walnut Street Theatre hooted and laughed more than they applauded. "Such a company of 'spouters" had not been seen in Philadelphia for many a long day, and the hilarity which they occasionally aroused in the audience was only an evidence that things are not as they used to be. Mr Warde really is an actor very capable of playing leading parts in a good company. A play done by people relatively as able as he would be delightful. . . . If Mr. Warde must 'star,' he ought to get an orbit of his own." 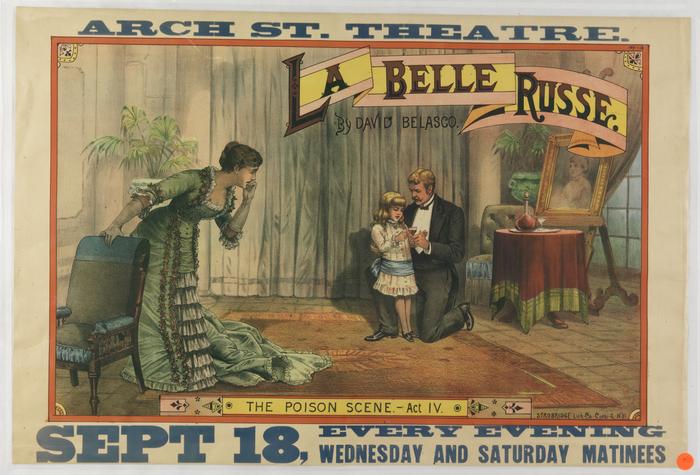 Most of the posters are for melodramas, usually touring productions that were playing many American cities. Above we can see a poster for David Belasco's La Belle Russe, with played at the the Arch Street Theatre. Below is a poster showing the actress Rose Eytinge, who came to the Chestnut Street Opera House in March of 1882 with Felicia. (Both of them plays about a woman whose misbehavior places the family in some jeopardy, apparently.) 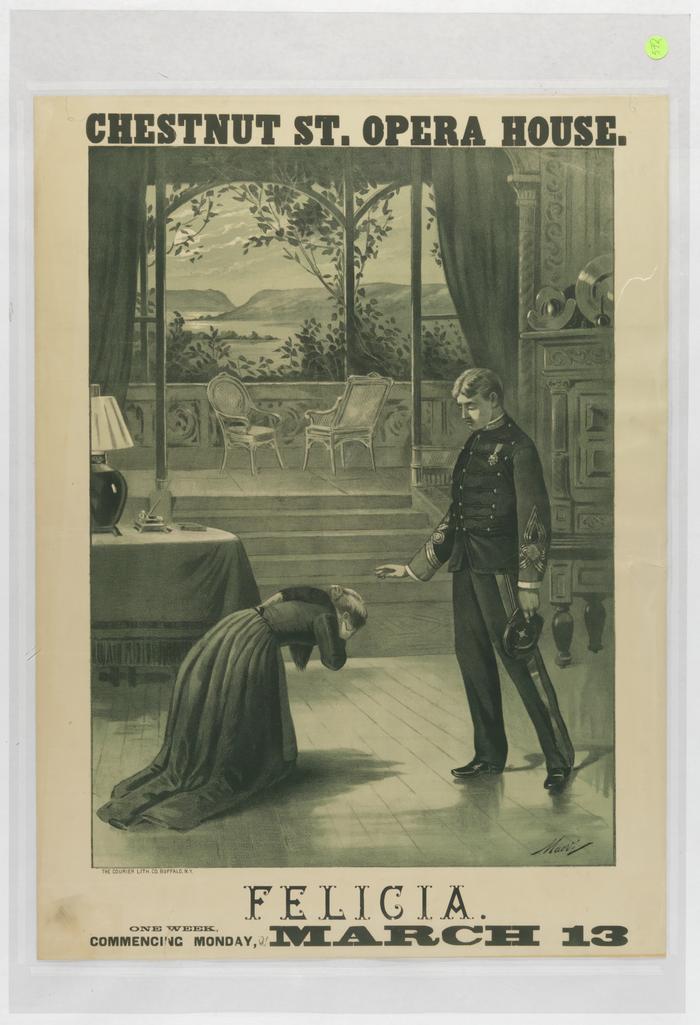 The Chestnut Street Opera House, as we mention in this episode, also hosted Augustin Daly's Company when it arrived in 1884 with the comedy Dollars and Sense. Here is a production photo of Ada Rehan and John Drew Jr. in that play.

The scene: Washington DC, the home of Mr. Pierce Tremont. Harry Latimer [played by Drew] "Attorney and Counselor for All the States", has just attempted to make an apology to Phronie Tremont [played by Rehan], "a young lady with very practical notions of love and matrimony." From Daly's script:
Latimer: "I don't generally require preparation for expressing my thoughts, but I have to assume the didactic in approaching so polymathic a young lady."
Phronie: [Rising hastily and aside] "Polymathic! I wonder if I ought to be angry at that?" [Looks at him and shrugs her shoulders] 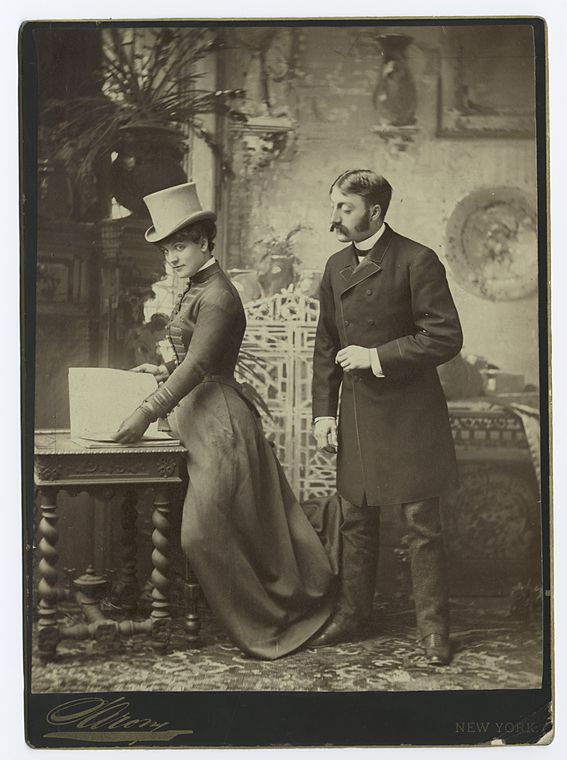 There are some other shows we mention in the podcast that I really should provide some images for. Here is the poster for the Kiralfy Brothers' Enchantment at the Walnut Street Theatre in January of 1880, showing the spectacular and evanescent "Land of the Ephemerals". 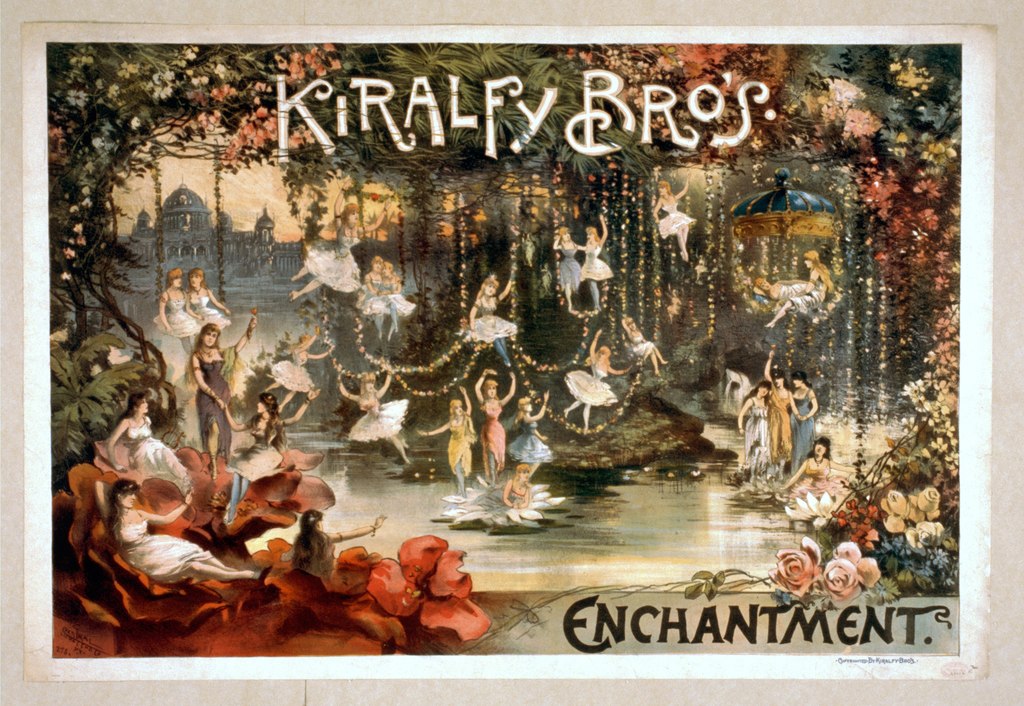 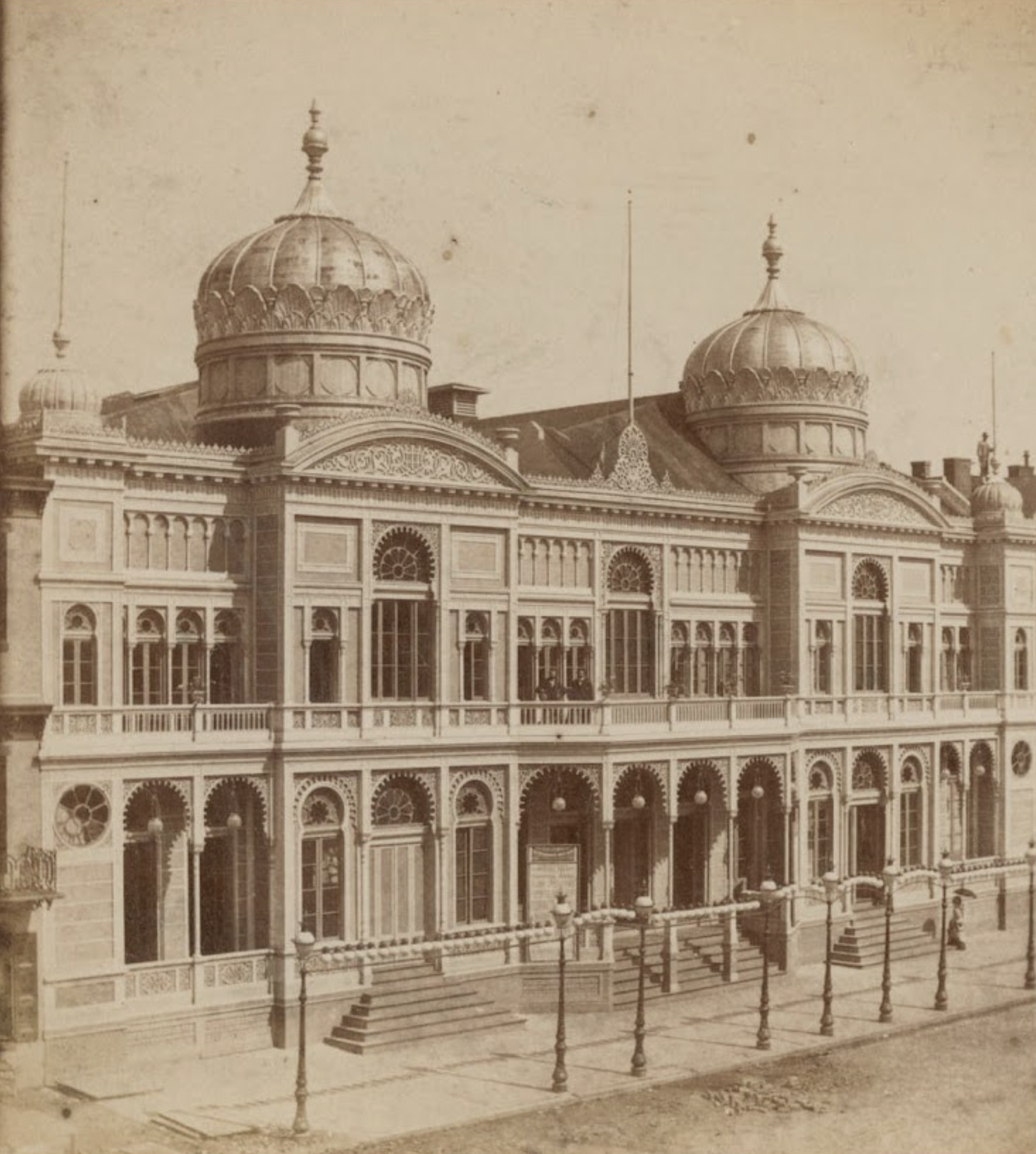 Above, Kiralfy's Alhambra Palace - the theater constructed at Broad and Locust for their production of Around the World in Eighty Days in 1876. Below, the frontage of B.F. Keith's Bijou Theatre on Eighth Street, in a photograph taken about 1884: 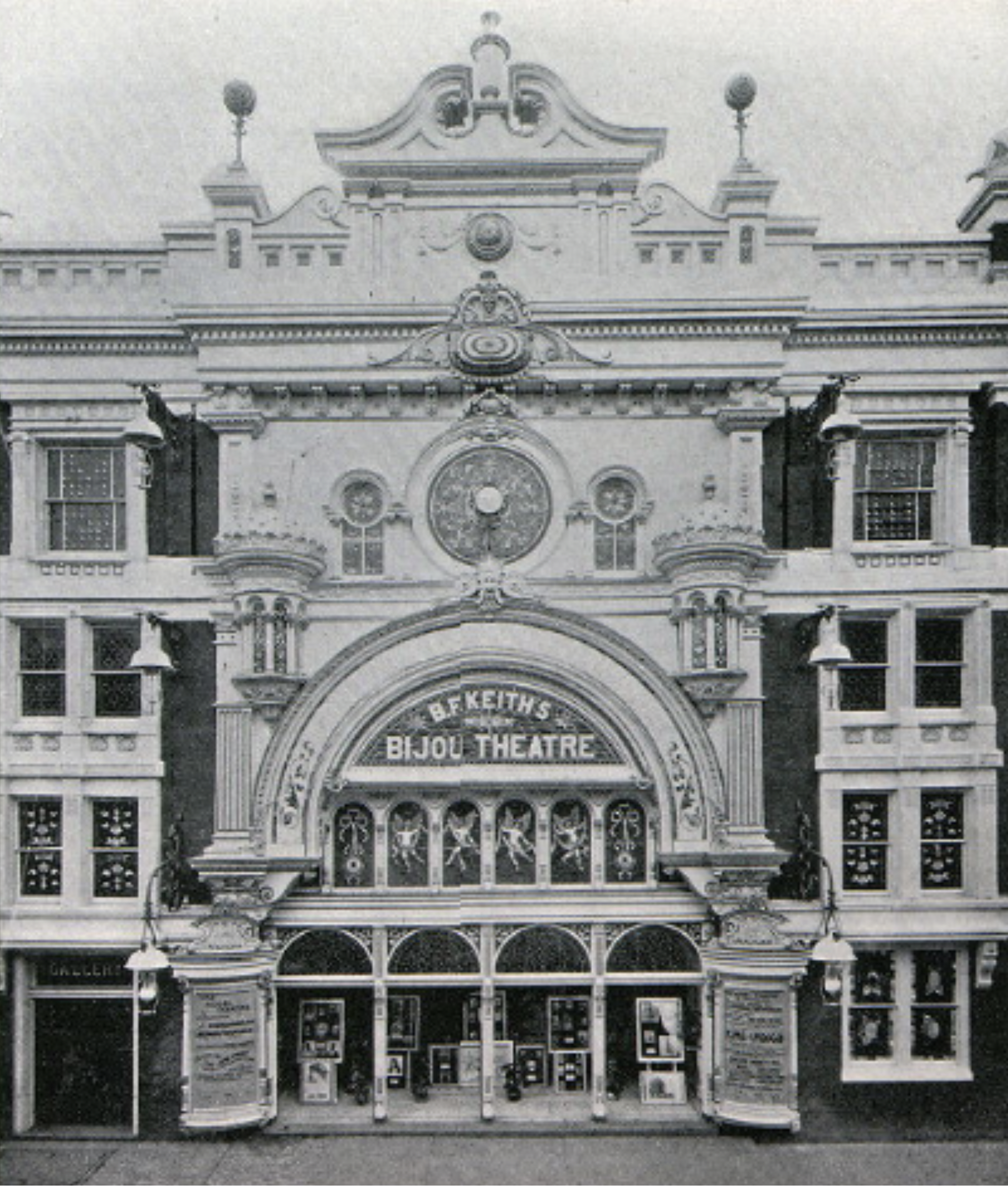 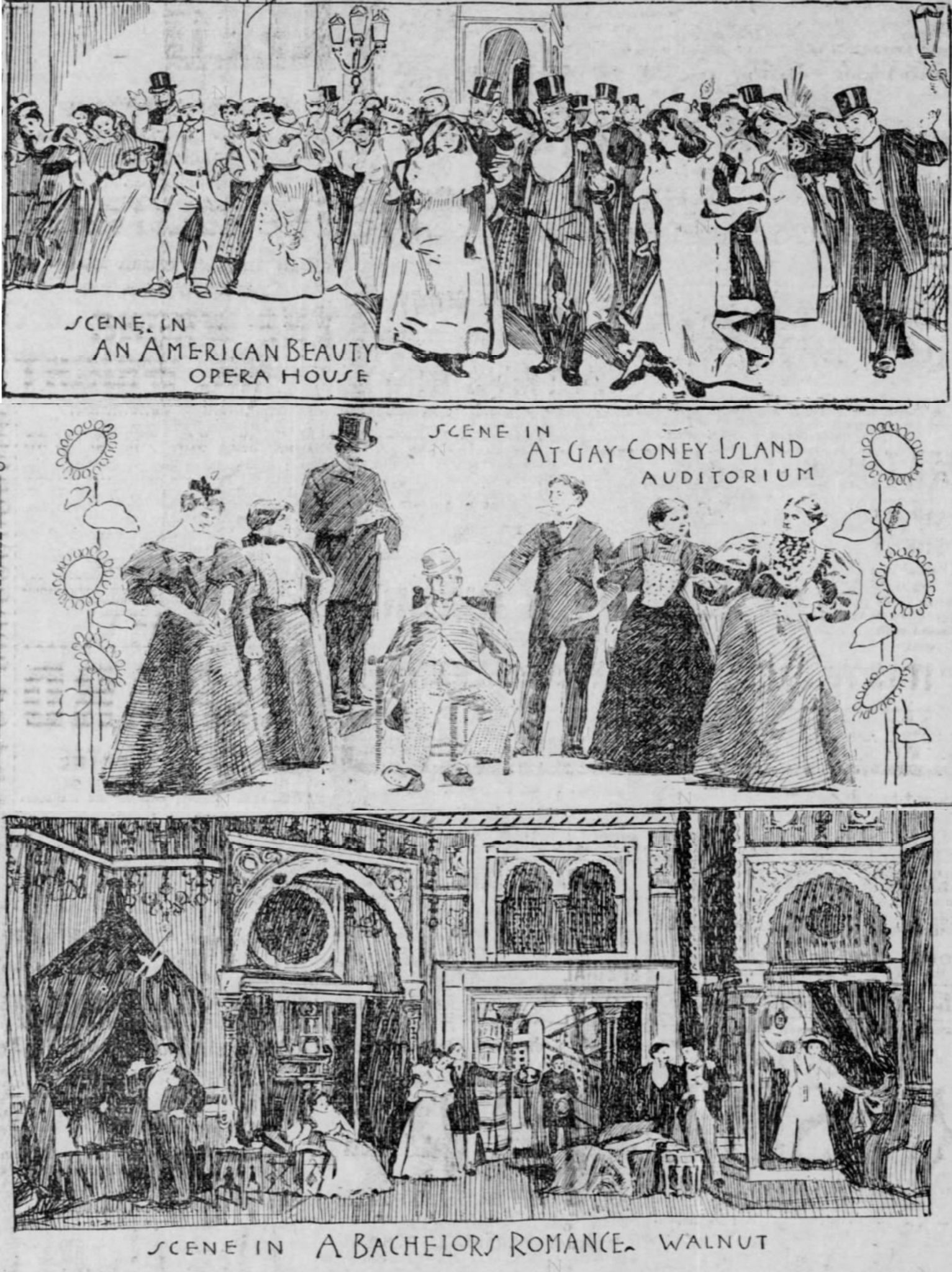 Above, three illustrations from the "Weekly Amusements" section of the Philadelphia Inquirer - March 21st, 1897. An American Beauty (starring Lillian Russell), At Gay Coney Island, and A Bachelors Romance. All appear to be traced from production photographs supplied by the show's publicity men.

Finally, I'd like to end this post, as we do in the podcast episode itself, with the great beauty and actress Lillian Russell - in this photo from 1889, as the character 'Fiorella' in Les Brigands. 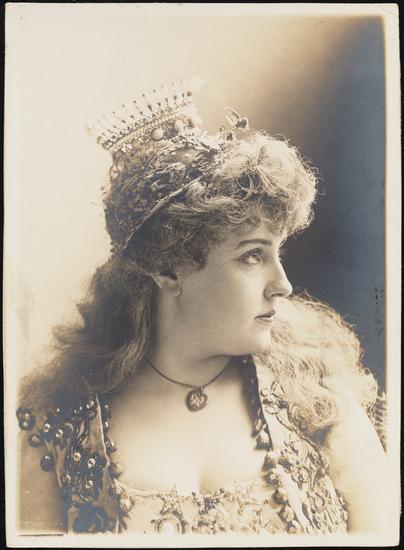 Coder, William Dickey, A History of the Philadelphia Theatre, 1856-1878, A Dissertation in English Literature, University of Pennsylvania, 1936.

Marshall, Thomas Frederic, A History of the Philadelphia Theatre, 1878- 1890, [An Essential Portion of] A Dissertation in English, University of Pennsylvania, Philadelphia, 1943. 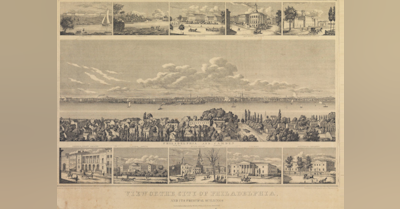 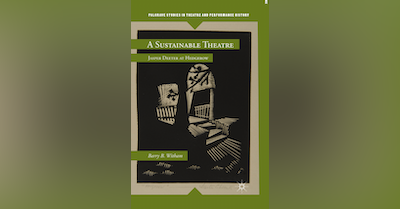 Photos of the Hedgerow & Jasper Deeter

Cover of Barry Witham's book, A Sustainable Theatre, with an engraving of the Hedgerow Theatre by Wharton EsherickBelow, photo of Jasper Deeter on the st…