Photos of the Hedgerow & Jasper Deeter 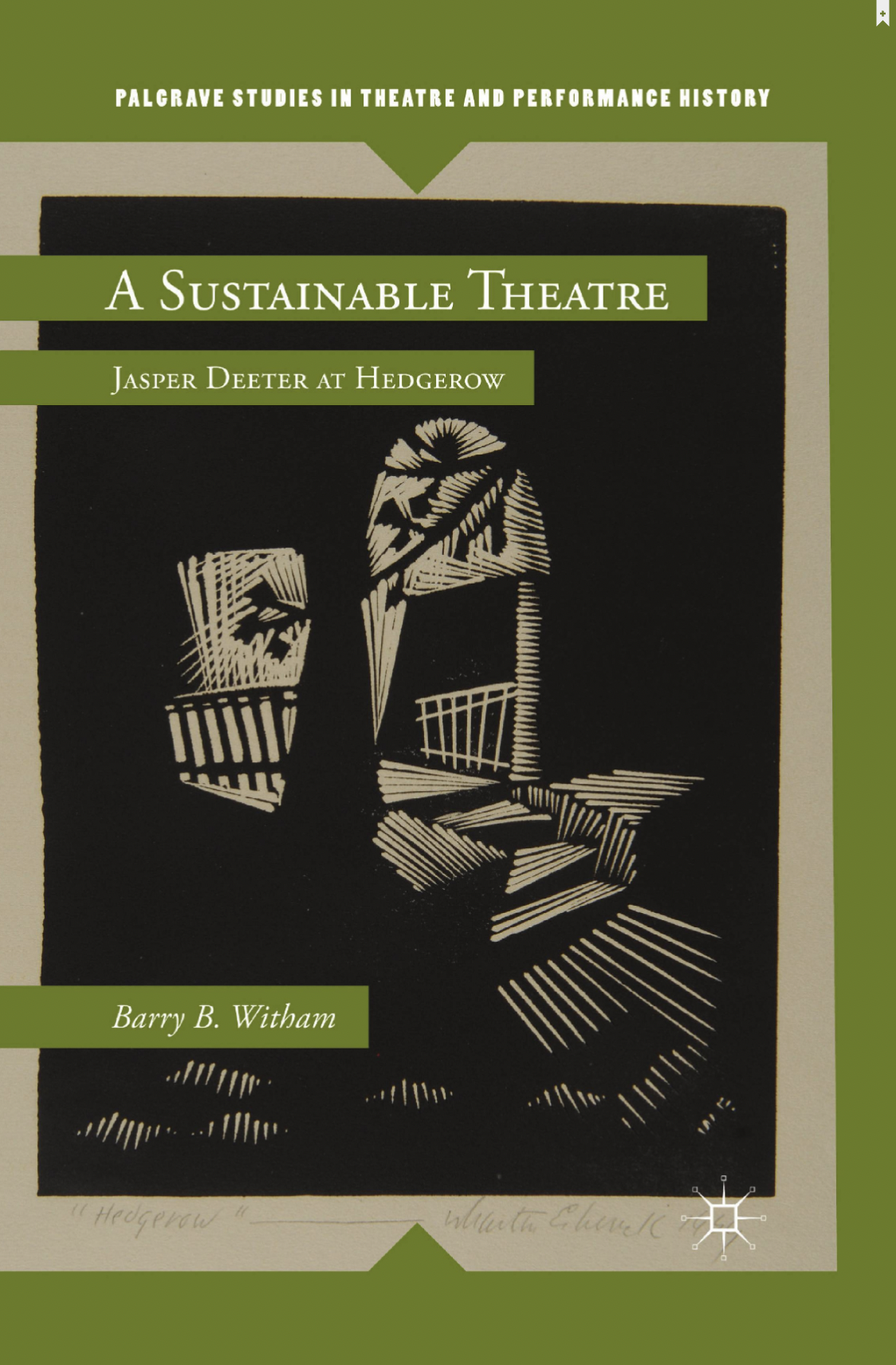 Cover of Barry Witham's book, A Sustainable Theatre, with an engraving of the Hedgerow Theatre by Wharton Esherick

Below, photo of Jasper Deeter on the stage of the Hedgerow Theatre, in a scene from Susan Glaspel's Inheritors. 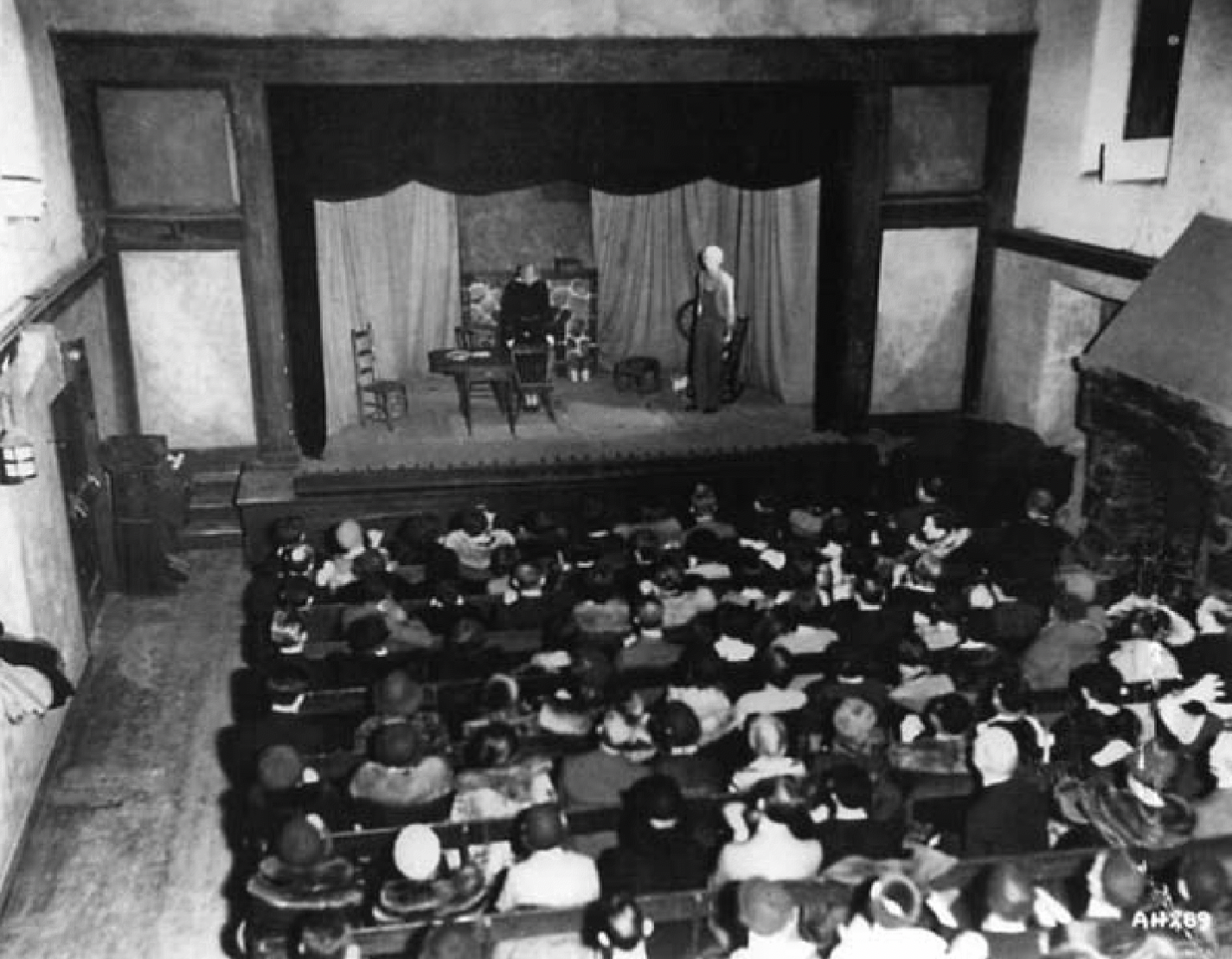 Arthur Rich and Jasper Deeter in Eugene O'Neill's The Emperor Jones, in the early 1930s: 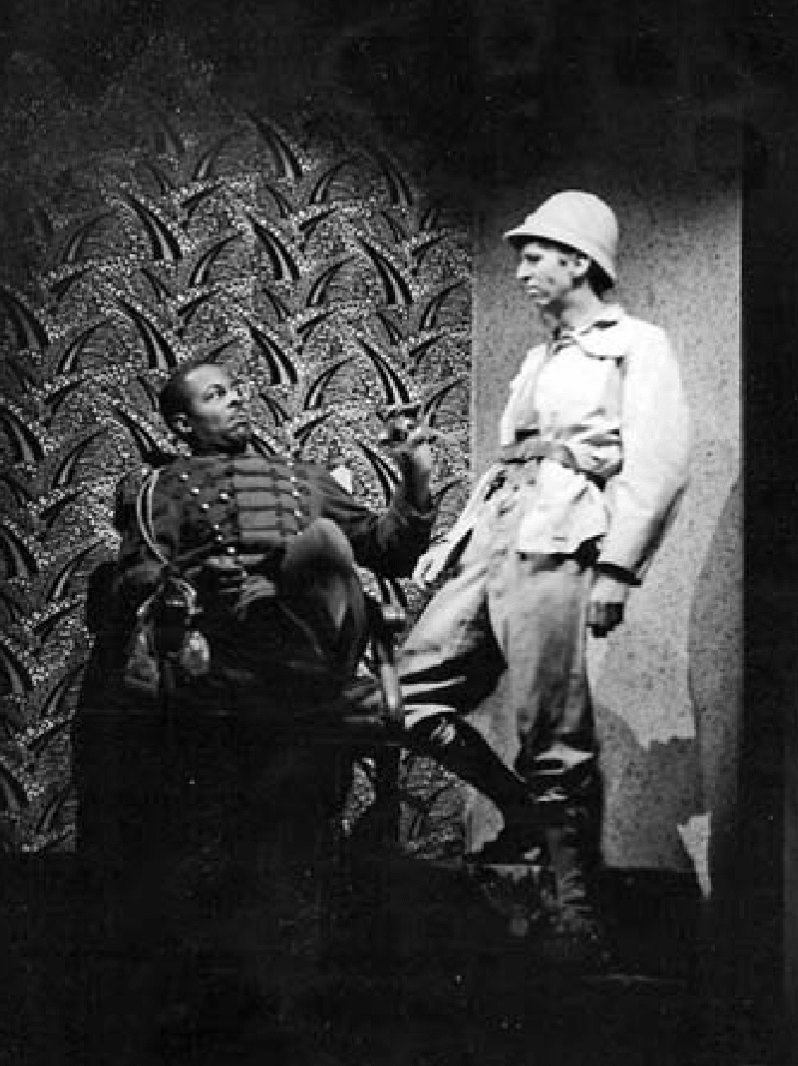 Jasper Deeter outside the Hedgerow. (All of the above photos were reprinted in A Sustainable Theatre. This photo is captioned: "From the collection of Mark Sfirri".) 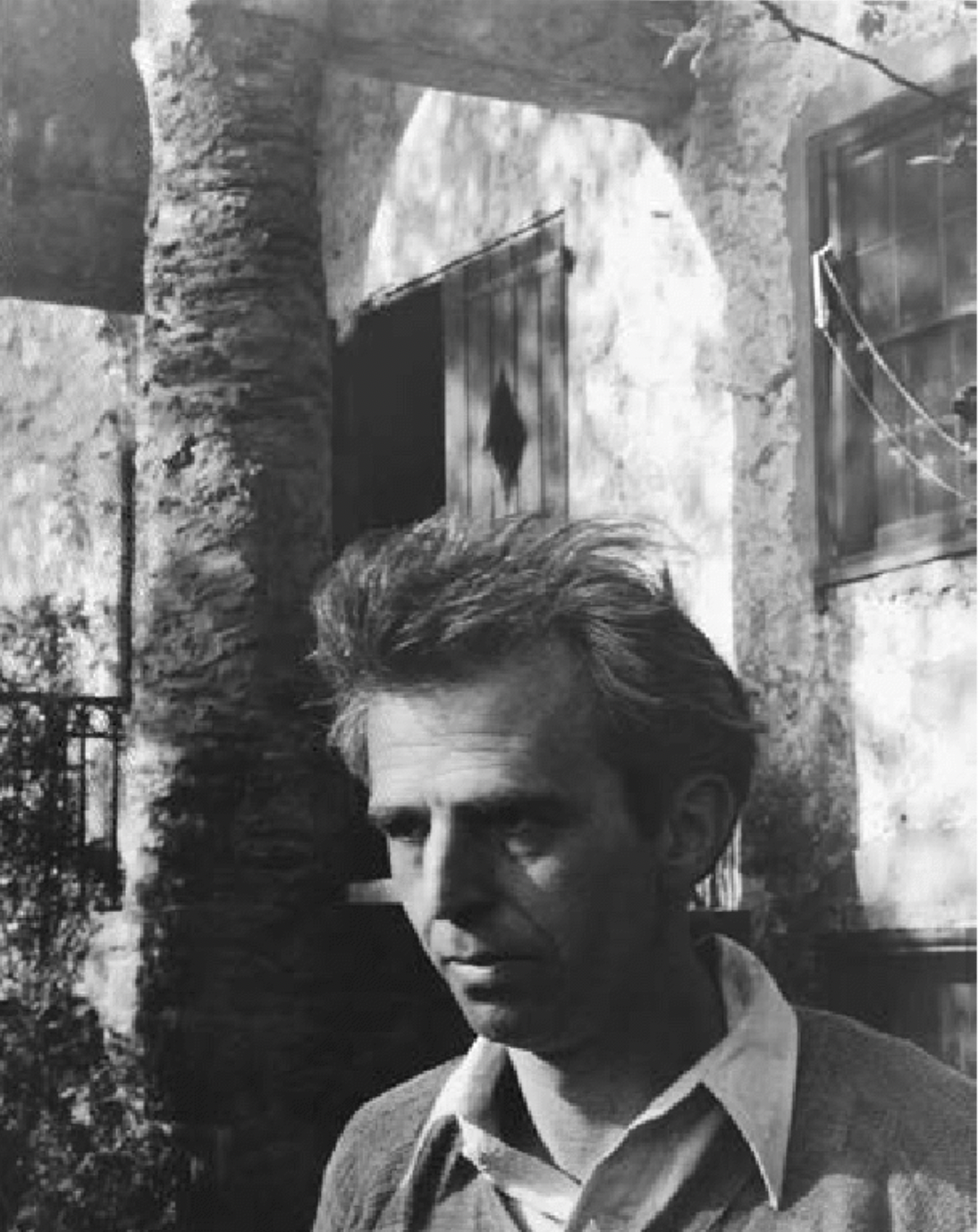 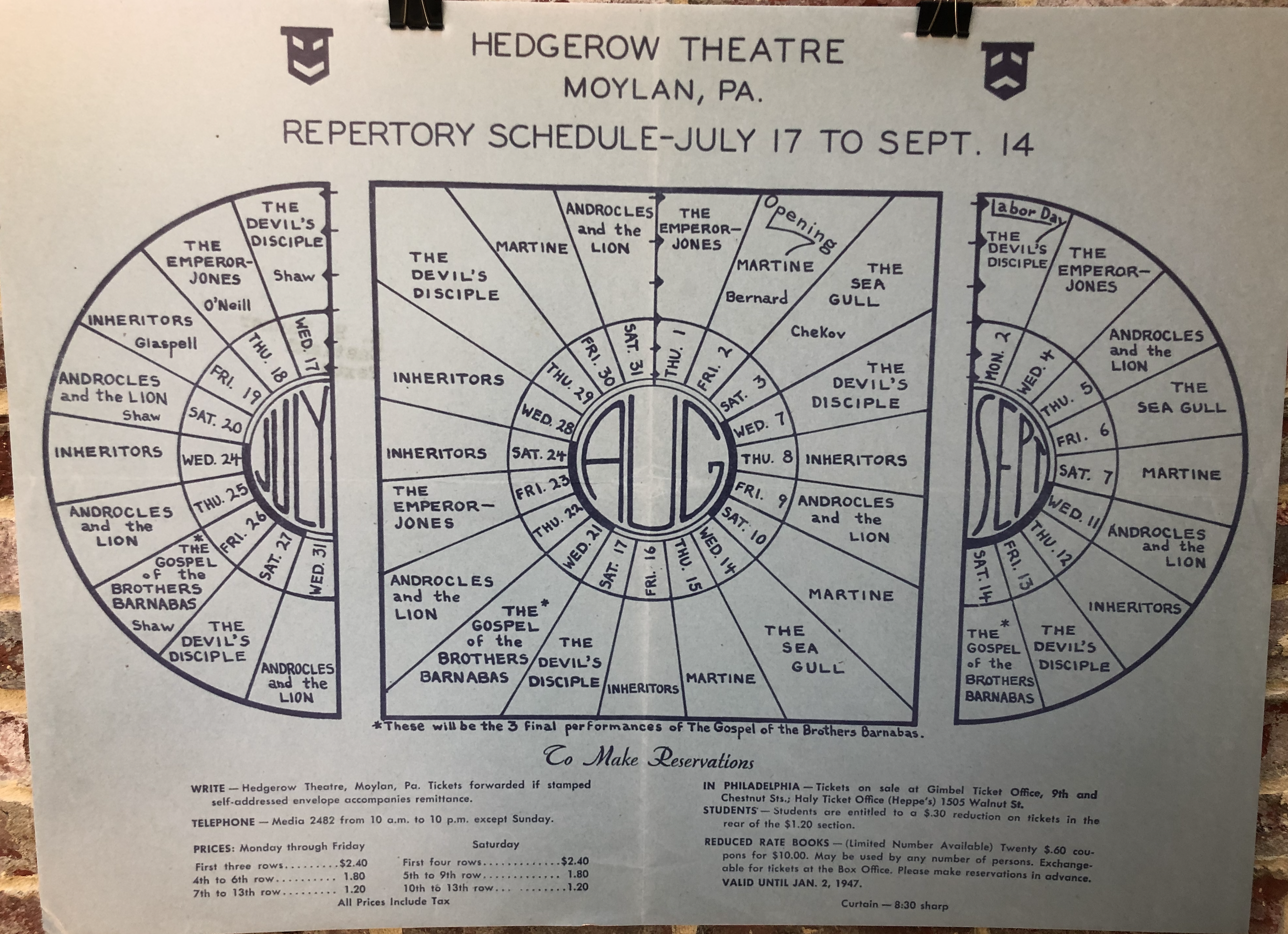 Above: the schematic performance schedule for a typical Hedgerow Theatre season in the 20s and 30s. The image is now on display in the theater's main lobby entrance.

Below: October 8, 1942 cartoon in the Philadelphia Inquirer, accompanying a column by John M. Cummings headlined: "Wooden Swords Safer, Hedgerow Knights Find." (The well-muscled actor shown sniffing a rose is clearly a bit of homophobia, I would say.) 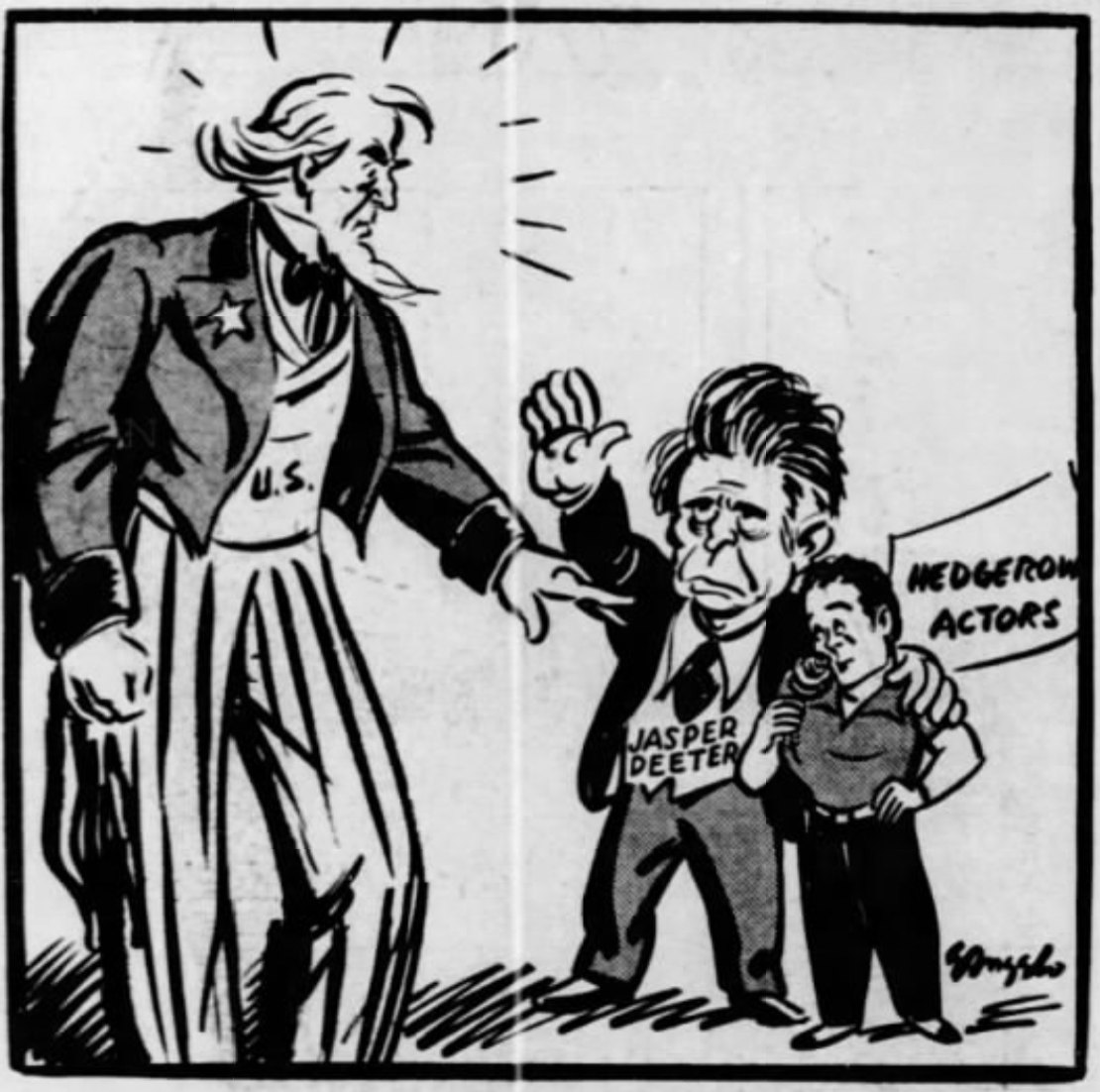 Painting of Deeter, made by a company member, from the collection of the Hedgerow Theatre: 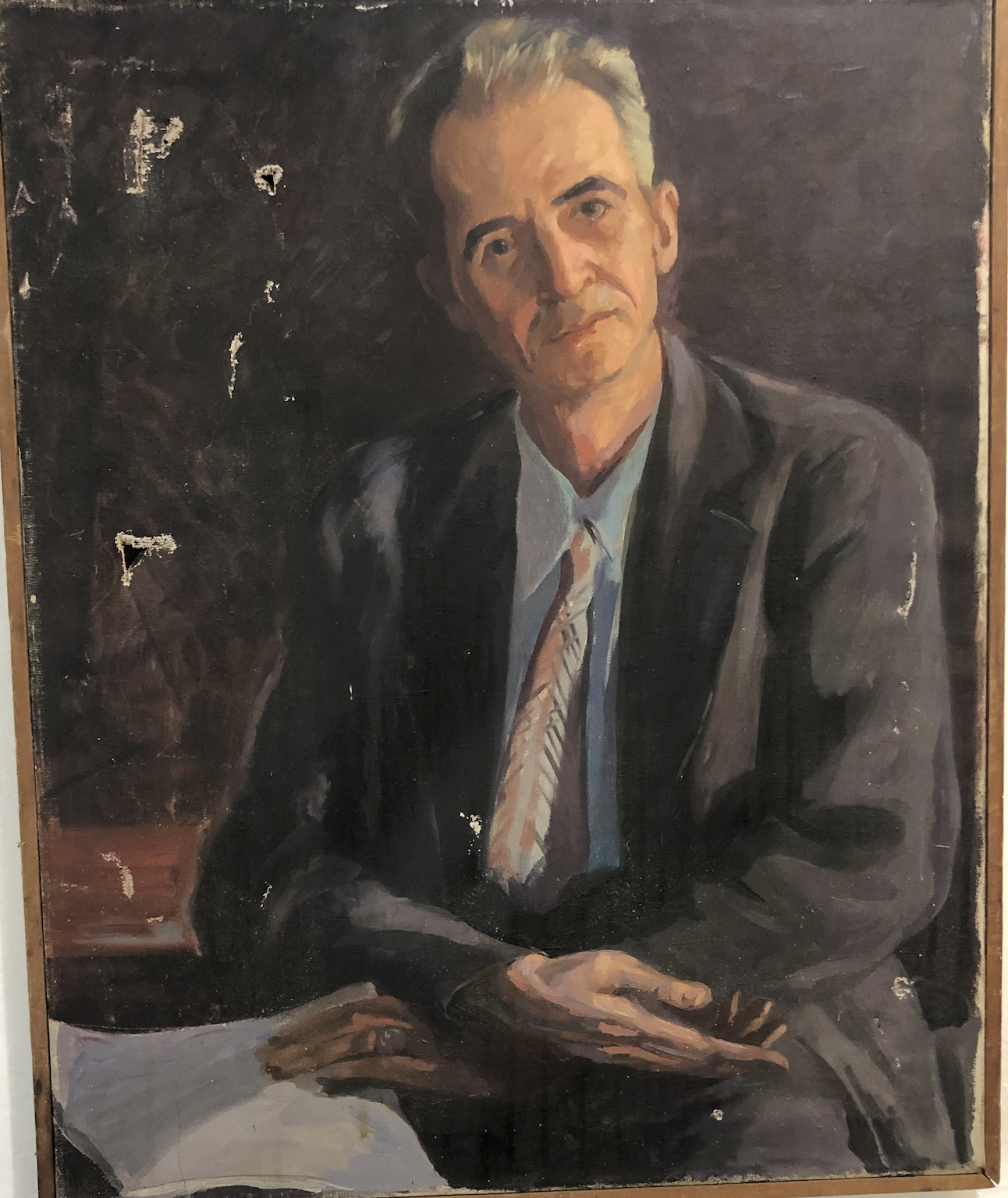 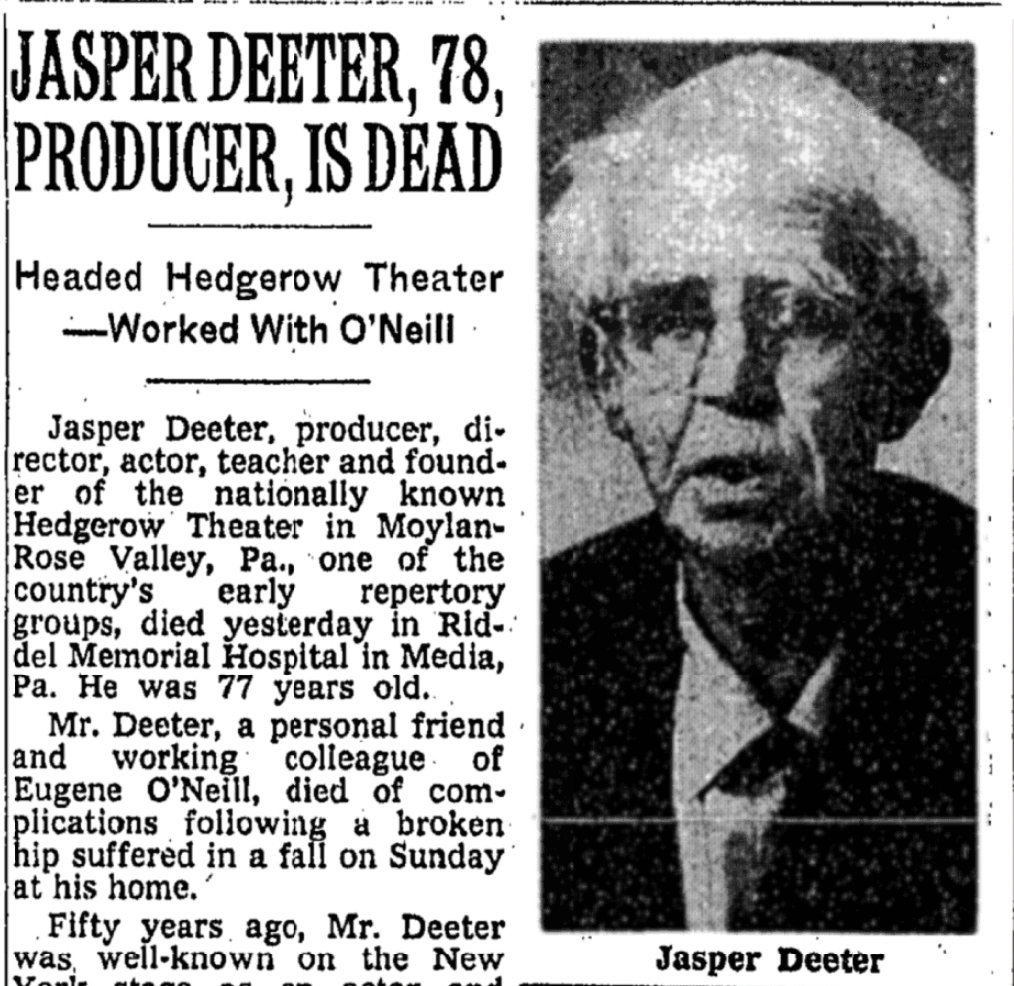 Here are some photos that I took during my tour of the Hedgerow campus in August of 2022 . . . 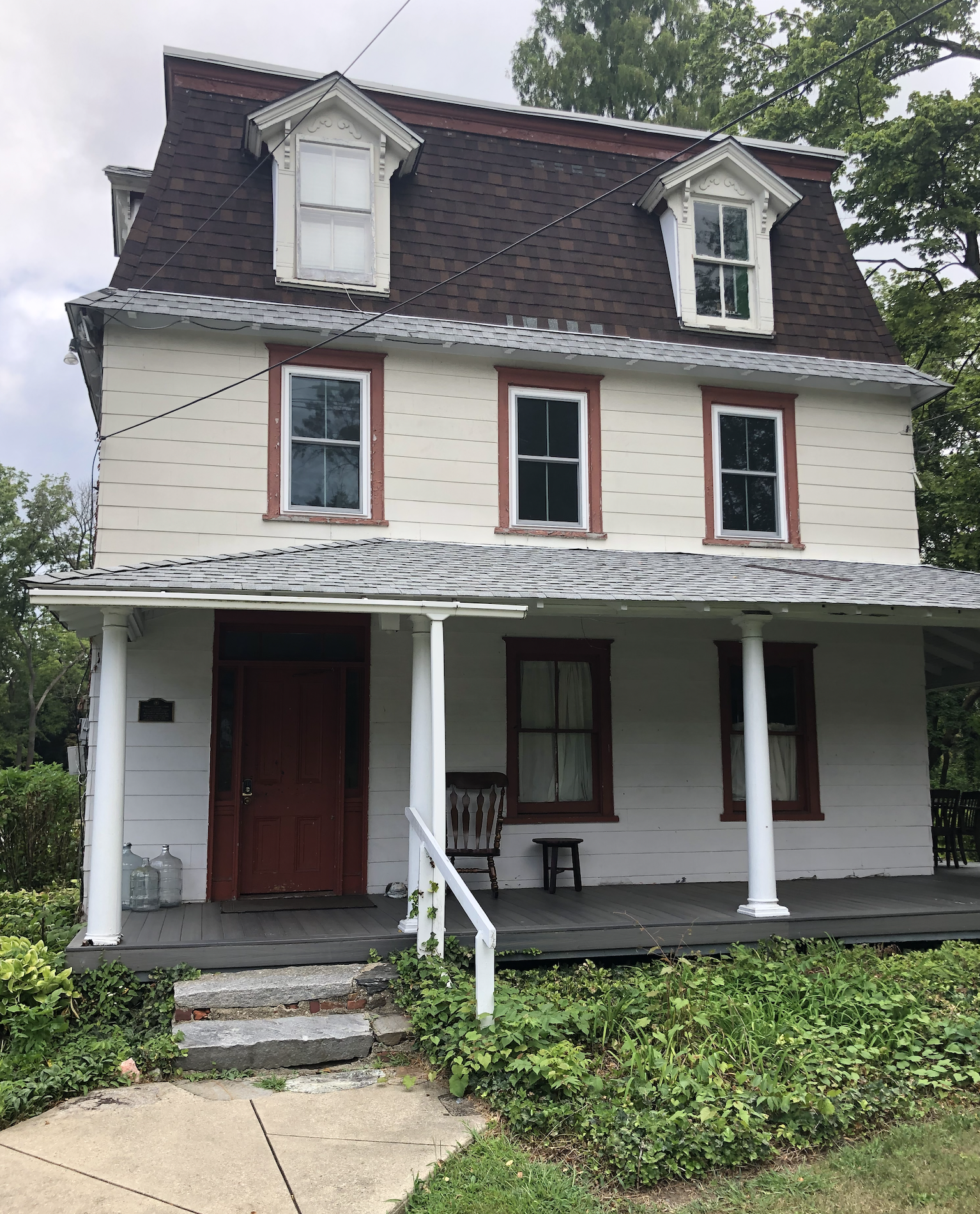 The Barn behind the house: 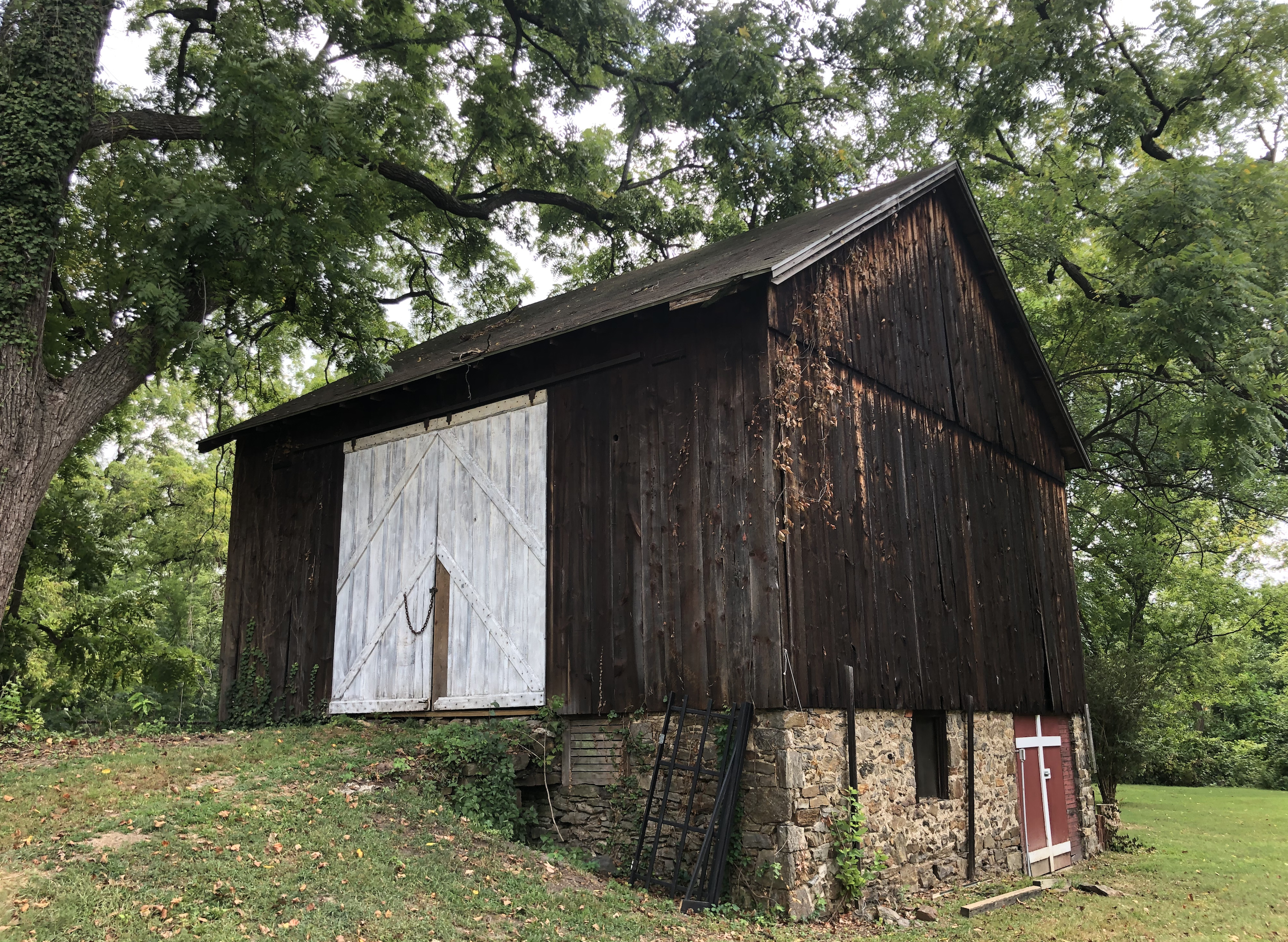 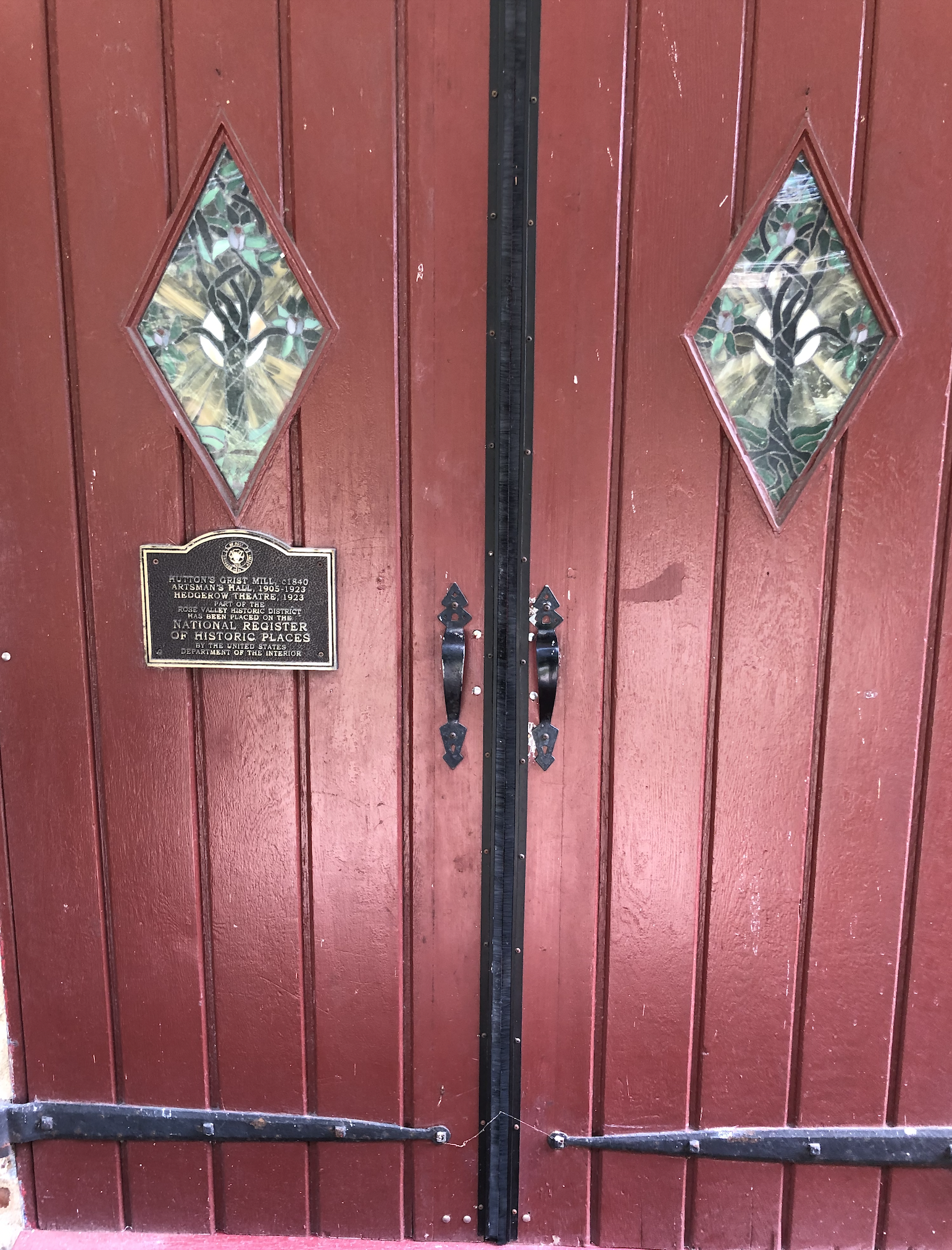 Below, an image of current Artistic Director Marcie Bramucci, holding a photo of Deeter acting in Inheritors with Anne Esherick. 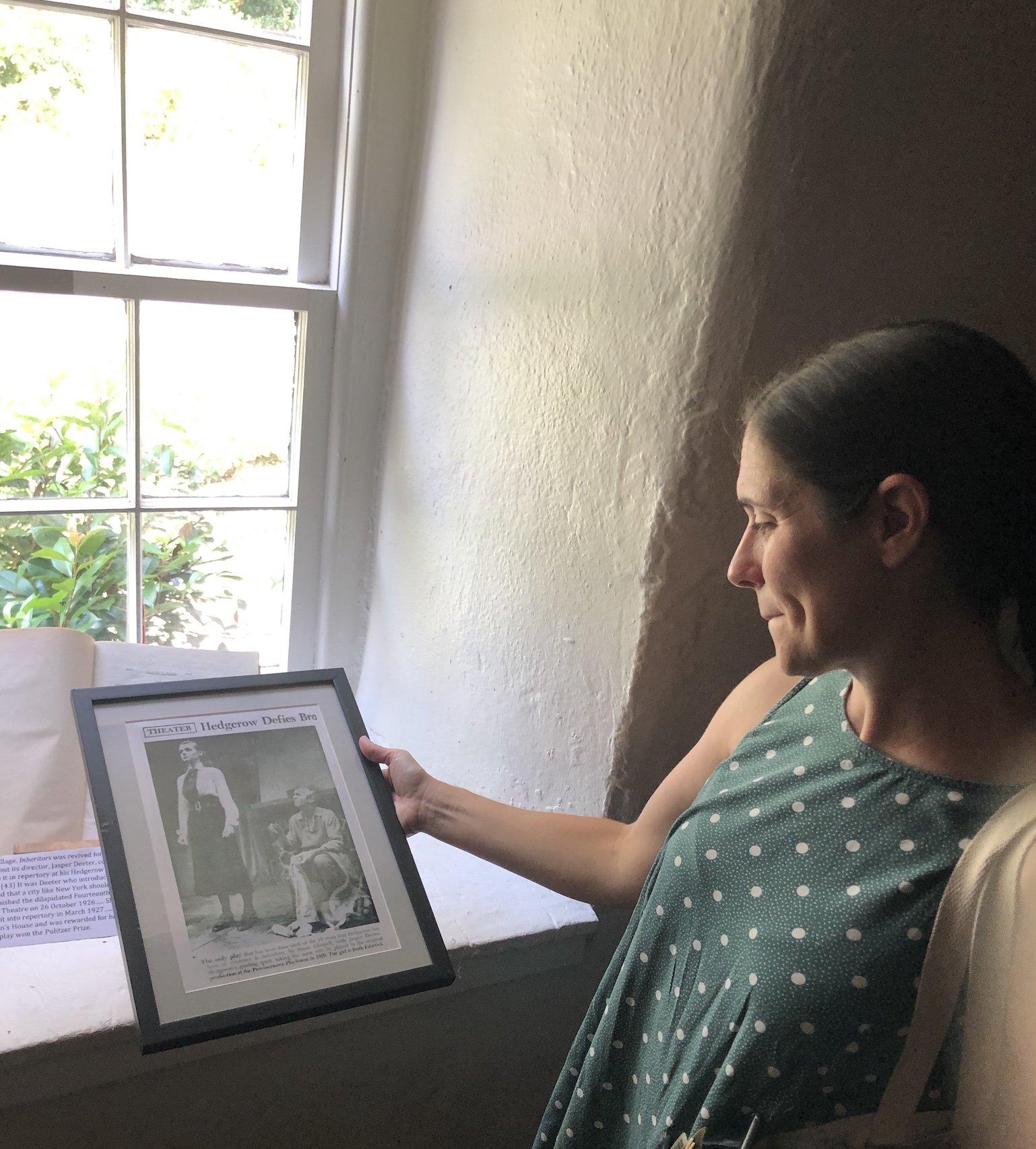