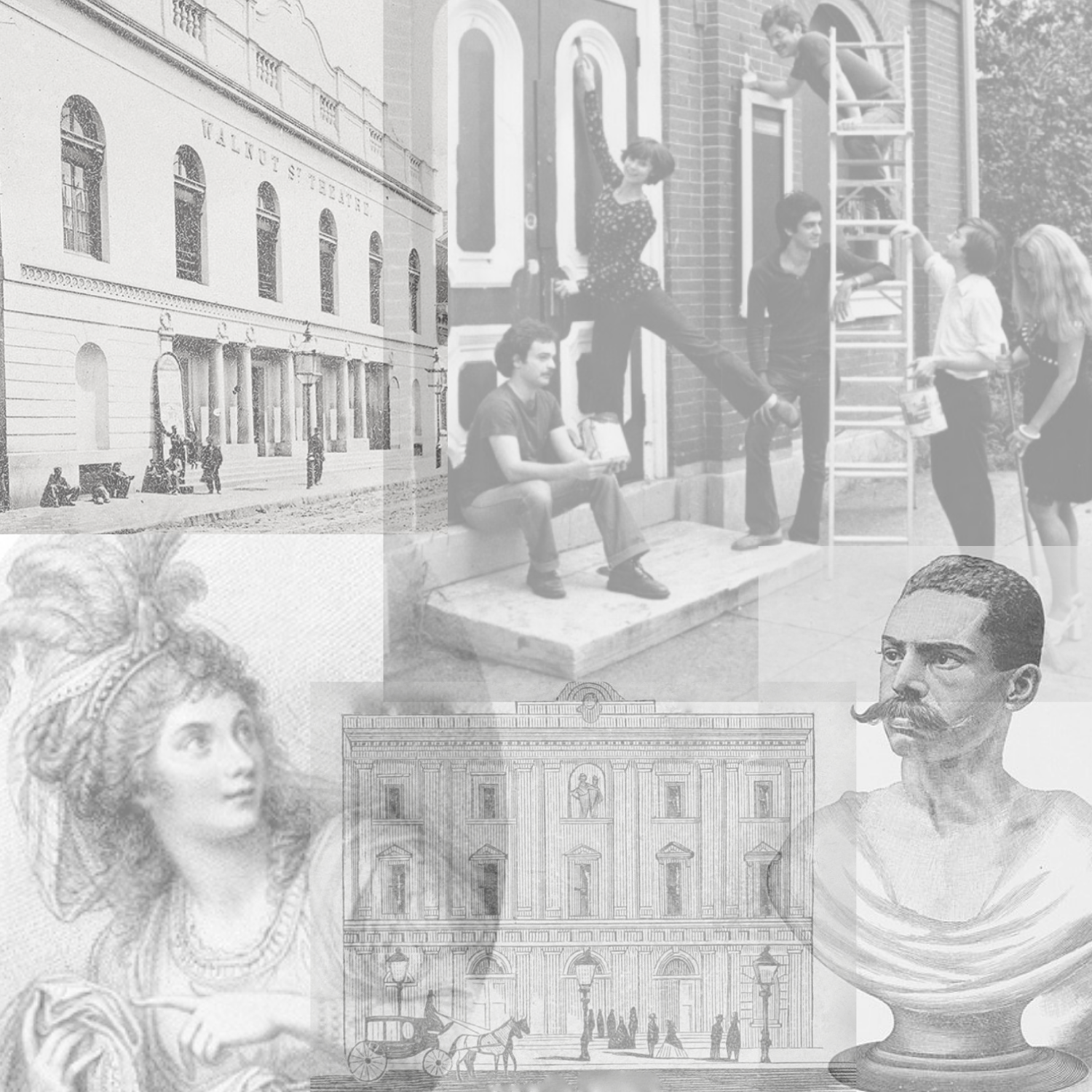 For the first installment, there's no bibliography or photos to share with you yet, since the purpose of this episode was to talk generally about the plans for the podcast and to whet your appetite for things to come in future episodes.

But I'll explain about all the images you can see in the background of the logo for the podcast! They images and photos were deliberately made a little difficult to discern clearly in the logo design - they are meant to intrigue you, and make you curious to know more about them.

For this blog post illustration I have removed the title lettering, and increased the contrast of the images so you can see them better now.

Starting at the lower left hand corner, we see Ann Brunton Merry (1769-1808). Mrs Merry was an English actress who was recruited to be a leading lady of the Chestnut Street Theater in Philadelphia in the mid-1790s. She was known for her melodious voice, and became a great favorite with the Philadelphia public. She is seen here in a print by Antonio Bartolozzi, based on a painting by Richard Cosway. The print is in the collection of the National Gallery in London. https://www.npg.org.uk/collections/search/portrait/mw71099/Anne-Merry-ne-Brunton

The upper left image is of the Walnut Street Theatre in the mid 1860s. This is during the period that the theater was under the ownership and management of the actor Edwin Booth and his brother-in-law John Sleeper Clarke.

The upper right image is a photo from the Temple University Archives, that originally accompanied a story in the Philadelphia Evening Bulletin, and was taken by Frederick Mayer of the Bulletin staff. In it we see the members of the Manning Street Actors Theatre supposedly working on the exterior of 1520 Lombard Street, a converted church building that had been turned into a home for the company. In the photo are seen, from left: Joe Stinson, Marlea (Linda) Evans, Fritz Kupfer, John Connolly (on the ladder), Jim Lambert, and Susan Payne. I will do a special in-depth story on this young Philadelphia company, which flourished briefly in the early 1970s, later in the podcast.

In the lower right is a lithograph of a heroic bust of the African-American actor John A. Arneaux, who did a famous performance of Shakespeare's Richard III at the Academy of Music in Philadelphia on January 29th, 1887. I also have a very special series of episodes planned for this story! I can't tell you all the details yet, but it's really quite exciting. (The picture can be found in a book by Rev. William Simmonds entitled "Men of Mark" from 1887.)

The final image in lower center is of Mrs. John Drew's Arch Street Theatre in 1863. The detail is from a larger promotional image, found in the digital collection of the Library Company of Philadelphia.  https://digital.librarycompany.org/islandora/object/Islandora%3A10283 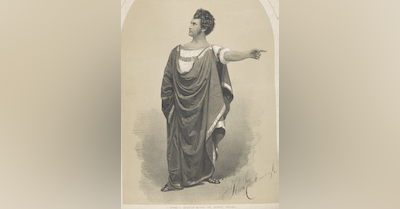 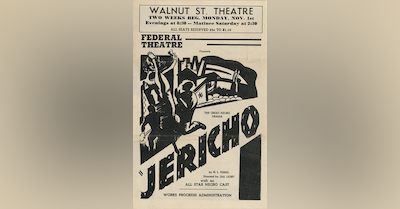