Maps and Ground Plans - Blog Post and Bibliography for Episode 9 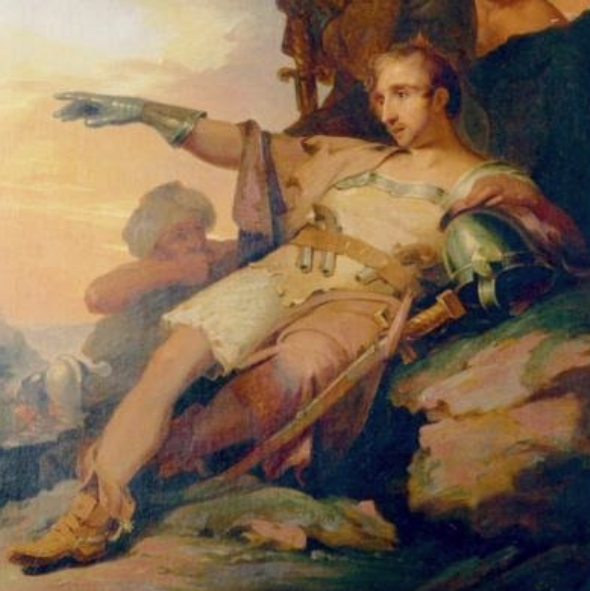 William B. Wood in action on the stage in the role of Charles De Moor in Schiller's The Robbers, which was first played on the New Theatre stage in February of 1811. Painting by Thomas Sully.

Below: As promised, below is a map of the City of Philadelphia, a detail from a print created in 1800 in the collection of the Free Library of Philadelphia. You can see that at the turn of the 19th Century, most development in the city still was on the eastern half of William Penn's original grid plan.

The north-south street names begin with Water Street, along the docks. Second Street is rather obliterated, at this point, and Third Street barely noticeable. The first major thoroughfare is Fourth Street. The street numbers then run sequentially, all the way to  the Schuylkill River. Broad Street which bisects the city plan vertically. Center Square is where Philadelphia's City Hall stands today.

The east-west streets were mostly named after American trees. This is still the case today, although some of these street names have subsequently changed. They begin at the northern border of the city with Vine, then Sassafras (now Race), Cherry, Arch, Willow (later Filbert), and then the central artery of High Street (now Market). To the south of Market are Chestnut, Walnut, Locust, Spruce, Pine, Lombard, and Cedar (now South).

I have place three colored marks on the map to indicated the sites of the three theater building discussed in the episode. 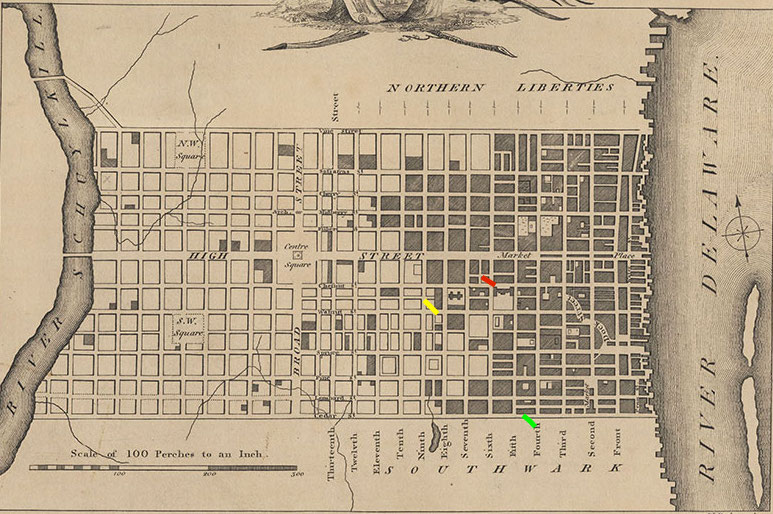 Red is the New Theatre on Chestnut Street.

Green is the Old Theatre (or Southwark Theatre) on Cedar (South) Street.

Below are portraits of William Warren and William Wood, longtime actors  at the New Theatre, and co-managers of the company for over two decades. The painting of Warren by Thomas Sully, 1808, from the collection of the San Diego Museum of Art. The painting of Wood is by an unknown artist, and is in the National Portrait Gallery in Washington, DC. 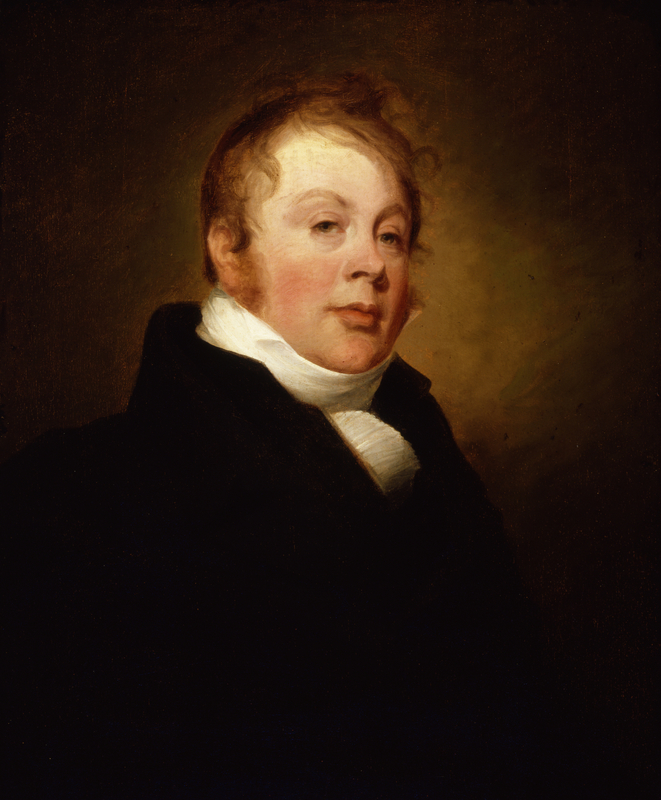 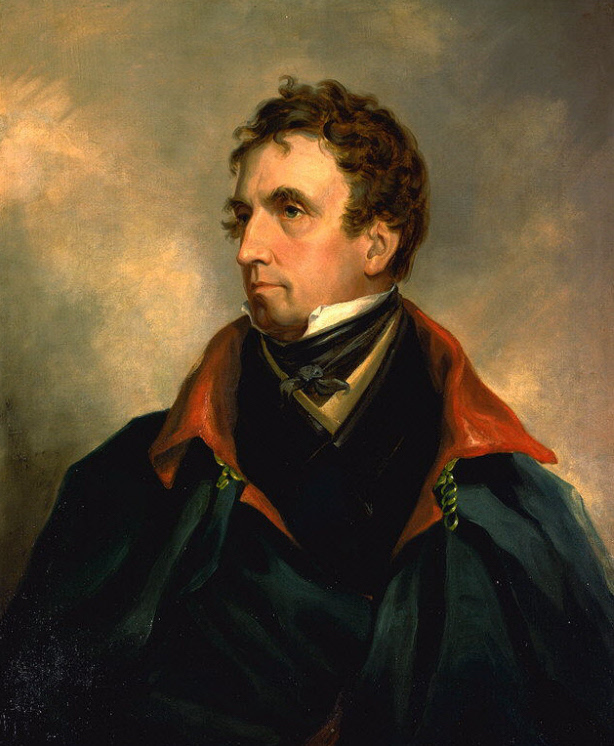 Below, the untitled work by Henry Dean referenced in the episode, from the collection of the Yale University Library. Dr. Jenna Gibbs, in her 2014 work Performing in the Temple of Liberty, strongly argues that it is a copy of the Thomas Sully illuminated backdrop displayed in theaters in both New York and Philadelphia in 1807 and 1808. 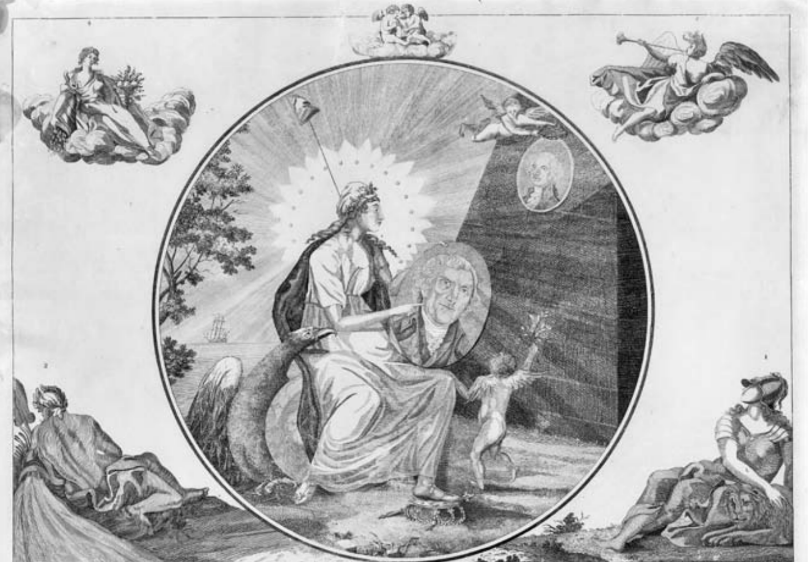 Below: a handbill that Pepin and Breschard distributed around Boston, just after their first arrival in America in late 1807. They were to return to Massachusetts on one occasion a few years later, but once again did not find much of a market for their shows there, and never returned. The "Horse On Fire" is featured prominently in this advertisement. 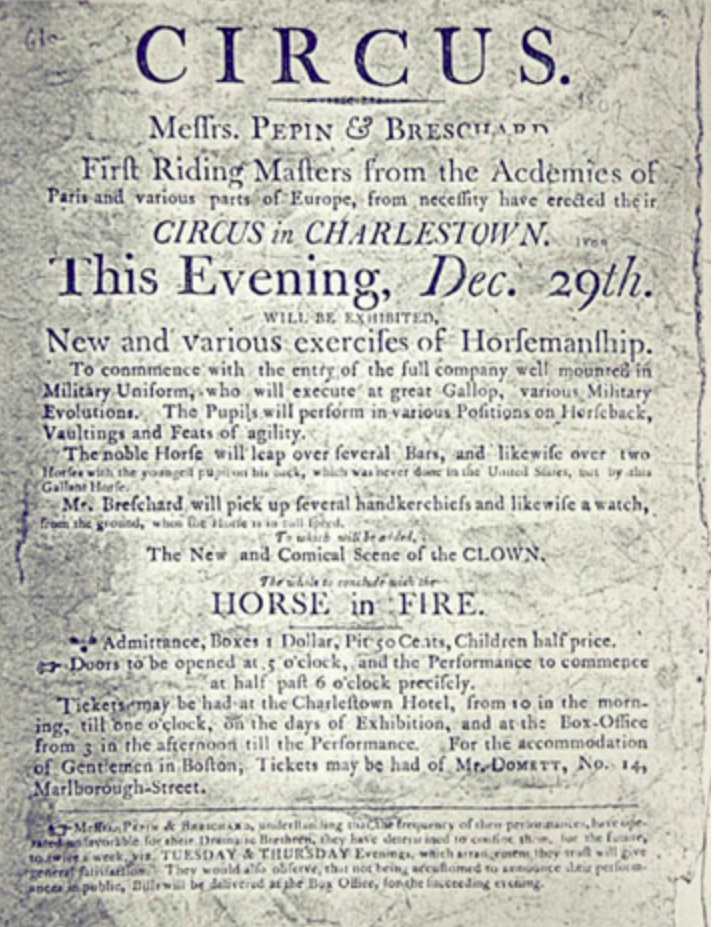 Here we can see the ground plan of the New Circus on Walnut Street in Philadelphia, c. 1810. In this rendering, Walnut Street runs along the bottom of the page, and Ninth Street is to the left. (Collection of the Historical Society of Pennsylvania) 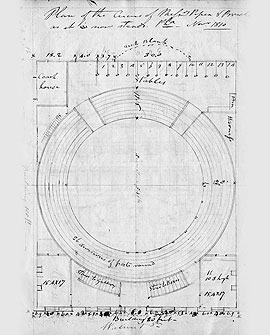 What Pepin and Breschard had in mind for their structure may perhaps be better understood if we look at the plans for the OTHER Olympic Theatre, or rather, le Cirque Olimpique, which was under construction at the same time in Paris to house the Cirque Franconi. Interestingly, this building also existed because of Napoleon. The original site of Astley's Circus in Paris, which became Franconi's Circus, had to relocate in 1807 because of the construction of the Rue Napoléon that same year. The new theatre and circus between the rue du Mont-Thabor and the rue Saint-Honoré. It opened in December 1807, just two months before the New Circus on Walnut Street in Philadelphia. When Pepin and Breschard built a proscenium stage as an addition to their circus ring in 1811, they too named it the Olympic. 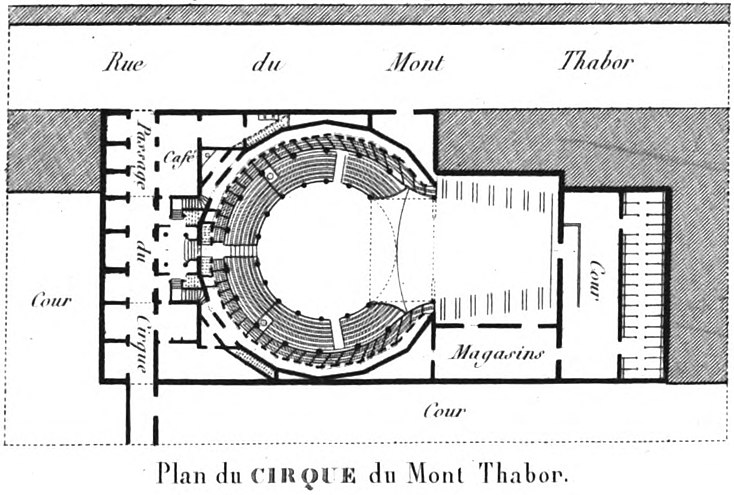 The Parisian circus/theatre building on Mont-Thabor lasted only till 1816, when due to the site being needed for another government building in the post-Napoleonic period, the company relocated back to the Rue du Temple.

As a final note, I'd like to make a point about a clearing up a matter of historical error of fact that can be found even in such well-researched and otherwise authoritative books as Andrew Davis' history of the Walnut Street Theatre. This is the assertion that the Spanish diplomat Don Luis de Onis y González-Vara (1762-1827) was instrumental in making arrangements for Pepin and Breschard to come to Philadelphia, and even helped them in purchasing the lot where the New Circus was built. This is incorrect.

Don Luis de Onis is rather infamous in both Spanish and American history as being the person who negotiated the Adams-Onis Treaty of 1819, which ceded Florida to the United States. But Onis was not even involved in Spanish foreign policy towards the United States until after Napoleon's invasion of Spain. He was appointed Ambassador to the US by the 'Junta' in Seville that was organized to oppose Napoleon in June of 1808, long after Pepin and Breschard had left Madrid for  America. In fact it seems unlikely that given the circumstances Onis would have made any effort at all to assist any Frenchmen. Nor does de Onis mention the circus in his published memoirs. The error in identifying de Onis seems to have been first made by Charles Durang, in his newspaper articles detailing the history of theater in Philadelphia, which he wrote some 40 years after the fact. No doubt he remembered that the Spanish Consul in Philadelphia had somehow been involved in the transaction for purchasing the land for the Walnut Street Theatre, but his memory was faulty about which Spanish Consul.

Valentin de Foronda was the career Spanish diplomat who administered Spanish national interests in Philadelphia from 1807 to 1809, after the departure of the former Spanish Ambassador, Marquis Carlos Martinez de Yrujo y Tacon. Foronda was a liberal-minded man, a member of Philadelphia's Philosophical Society, and would have been quite open to assisting two Frenchmen in a business deal. Indeed he was quite sympathetic to French political thought in general and also advocated for the liberation of Spanish colonies in the Americas. Unfortunately, this liberal opinion was to get Foronda into deep trouble when he returned to Spain in 1809, and he was imprisoned by the Spanish government for ten years. Ironically, Foronda was also on of the few Spanish intellectuals who absolutely hated Cervantes novel Don Quixote - he even published a book in 1807 (Observaciones sobre algunos puntos de la Obra de Don Quijote) about how much he disliked it! So the fact that Pepin and Breschard chose Don Quixote as the subject for their first dramatic presentation would have annoyed him extremely. Here is his Wikipedia page: https://en.wikipedia.org/wiki/Valentin_de_Foronda

Anyway, I just wanted to set the record straight about this matter. If I ever do get to write a book about Philadelphia Theater History, this correction to the record will certainly be in it. But for the moment, this blog post will have to do.

Below: The Walnut Street Theatre, decorated to celebrate its 200th Anniversary in the year 2009. 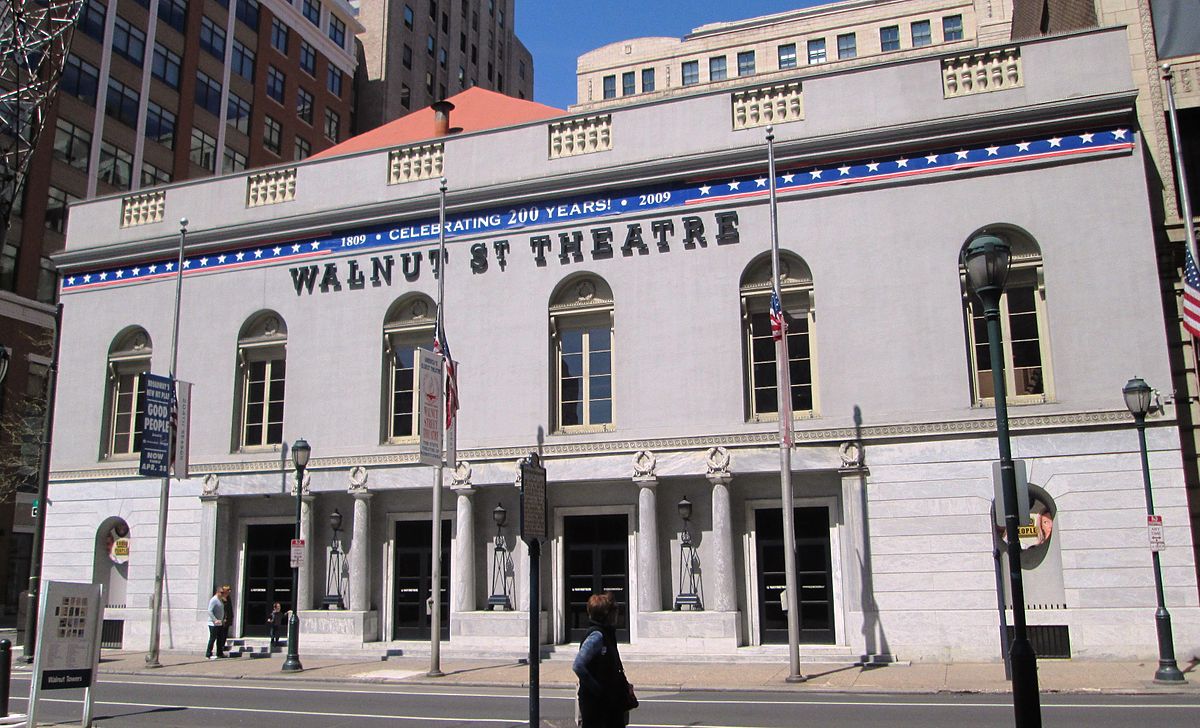 Mease, James, The Picture of Philadelphia: Giving an Account of its Origin, Increase and Improvements in Arts, Sciences, Commerce and Revenue, Philadelphia, 1811, pp. 328-332. Digitized 2008 and available via Google Books.

Wood, William B., Personal Recollections of the Stage, Embracing Notices of Actors, Authors, and Auditors During a Period of Forty Years. Philadelphia, 1855, pp. 83-182. Digitized 2008 and available via Google Books.