Back to the 19th Century 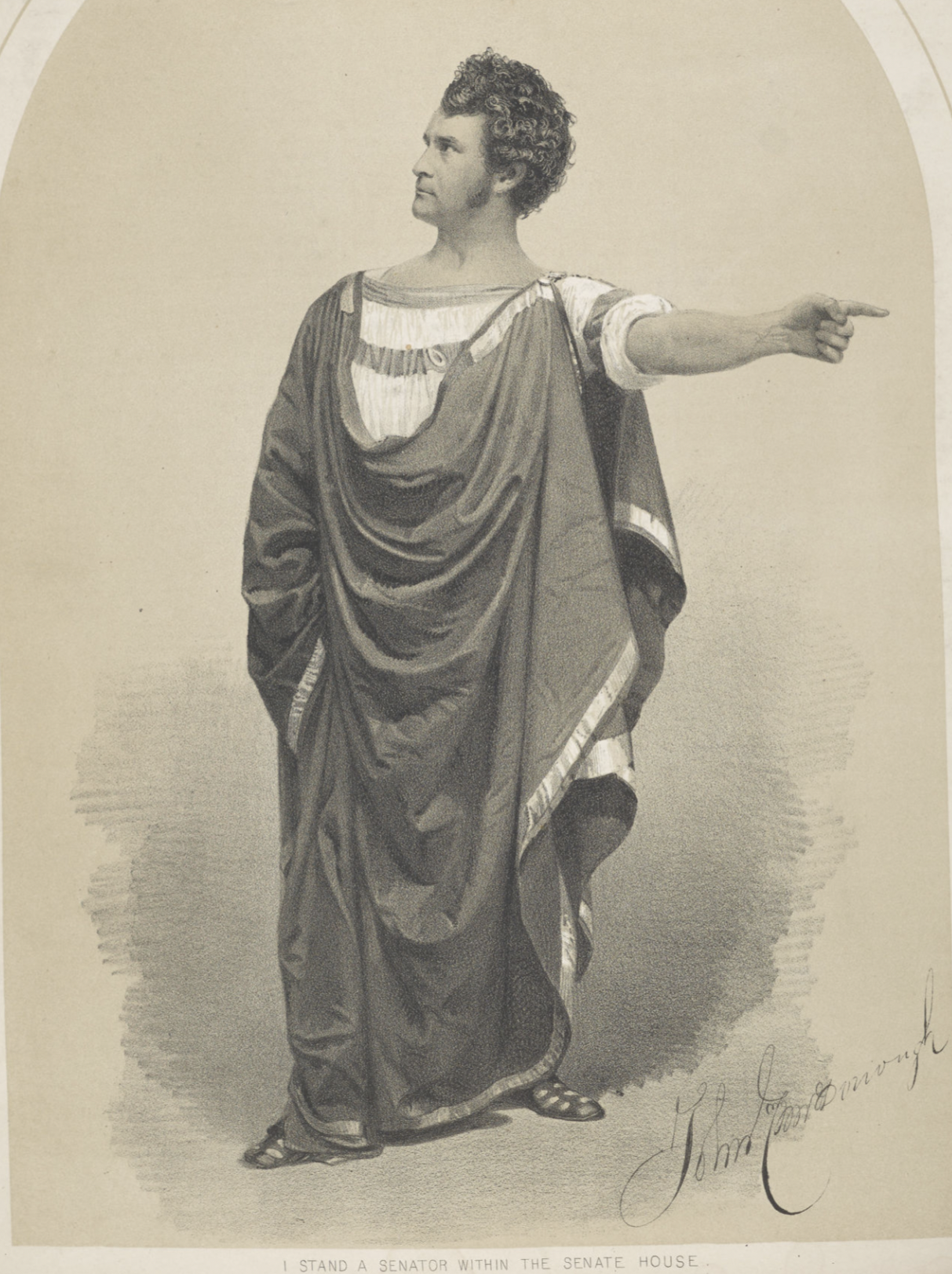 Above, John McCullough in costume as Virginius from Sheridan Knowles' play. It was a role he had inherited from Edwin Forrest.

Below, Alexander Reinagle, in a miniature dated "1804" by the painter Robert Field in the collection of the Yale University Art Gallery in New Haven, Connecticut. 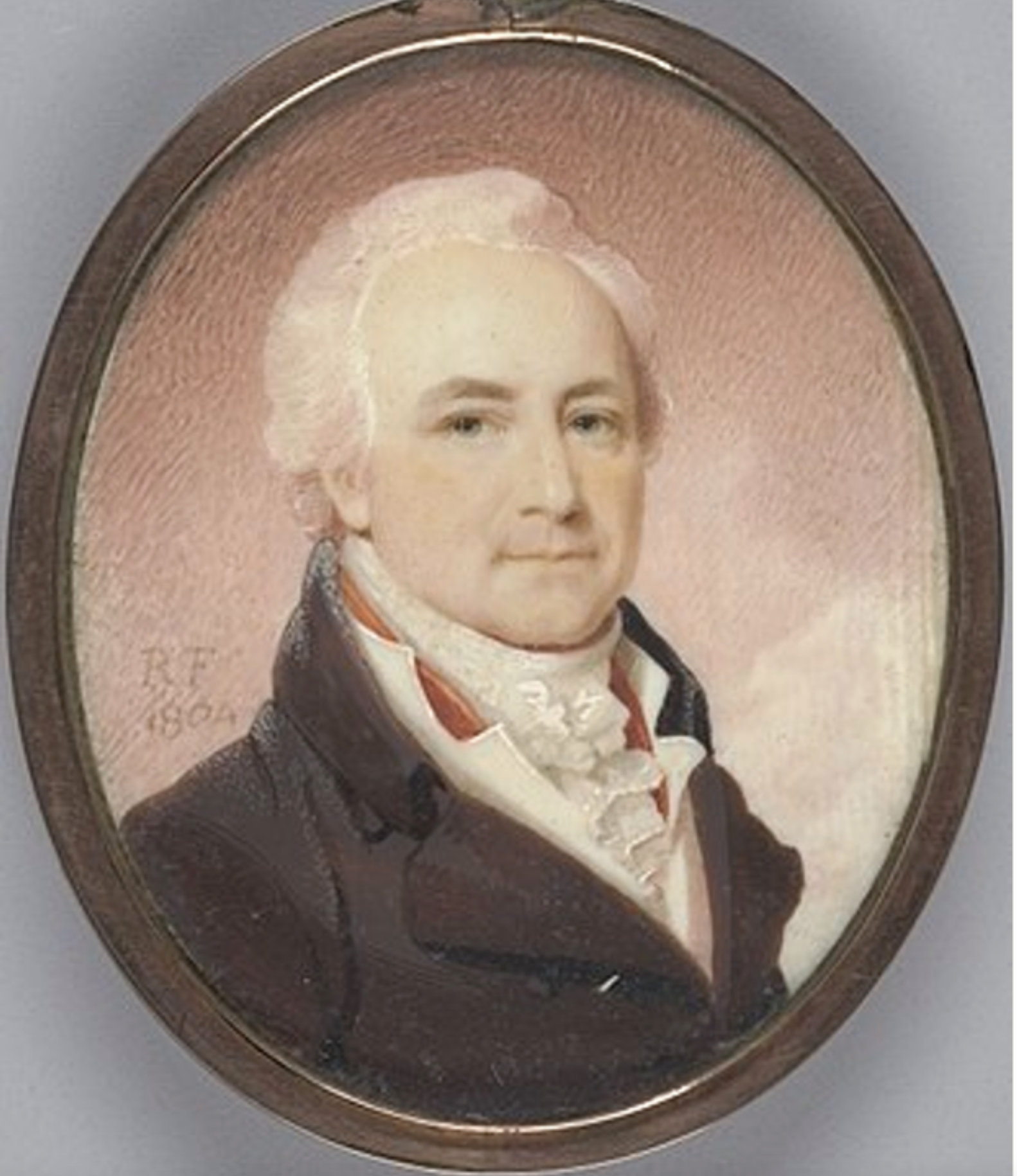 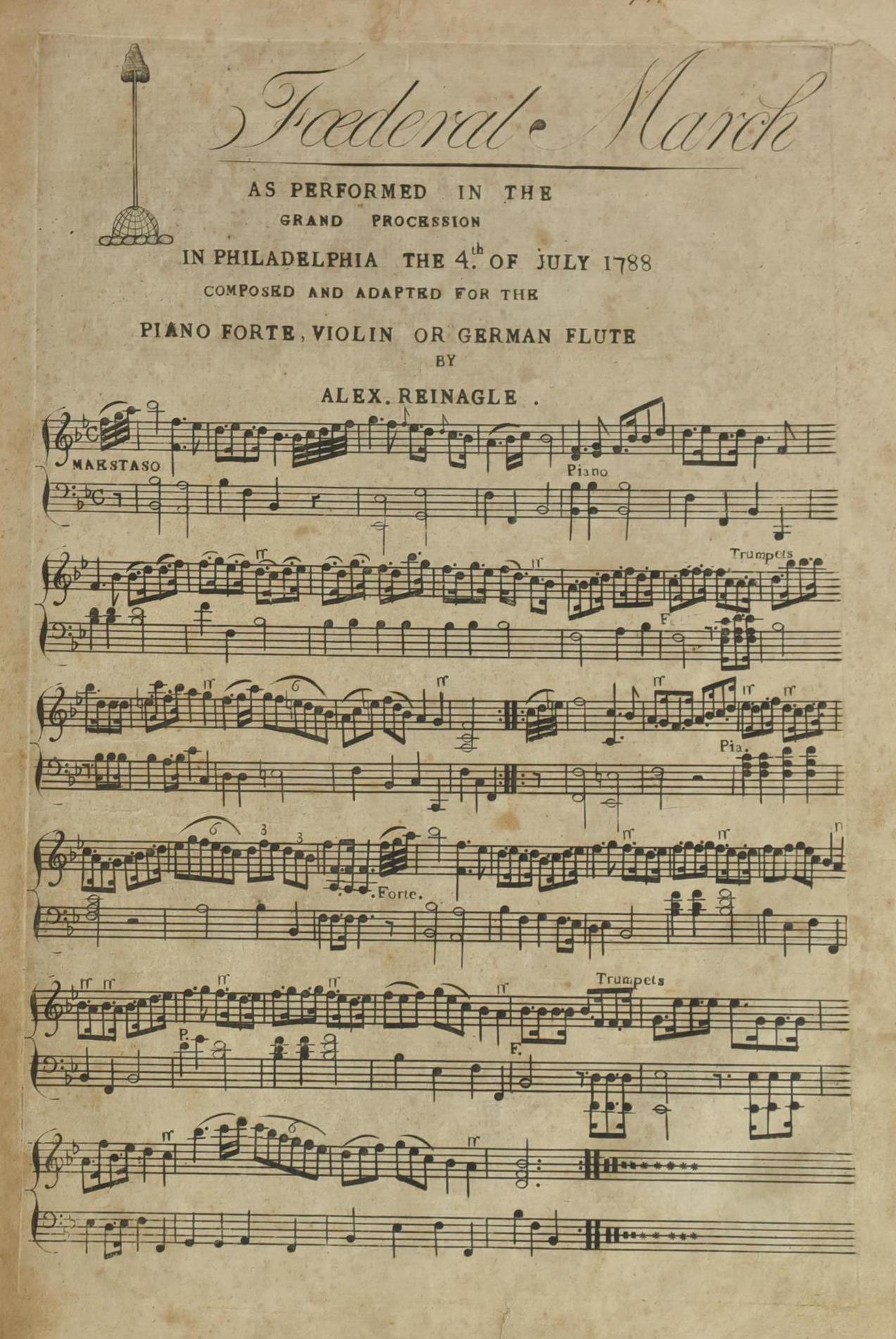 Above, the sheet music for Reinagle's "Federal March", written and performed in Philadelphia shortly after his arrival there, on July 4, 1788. 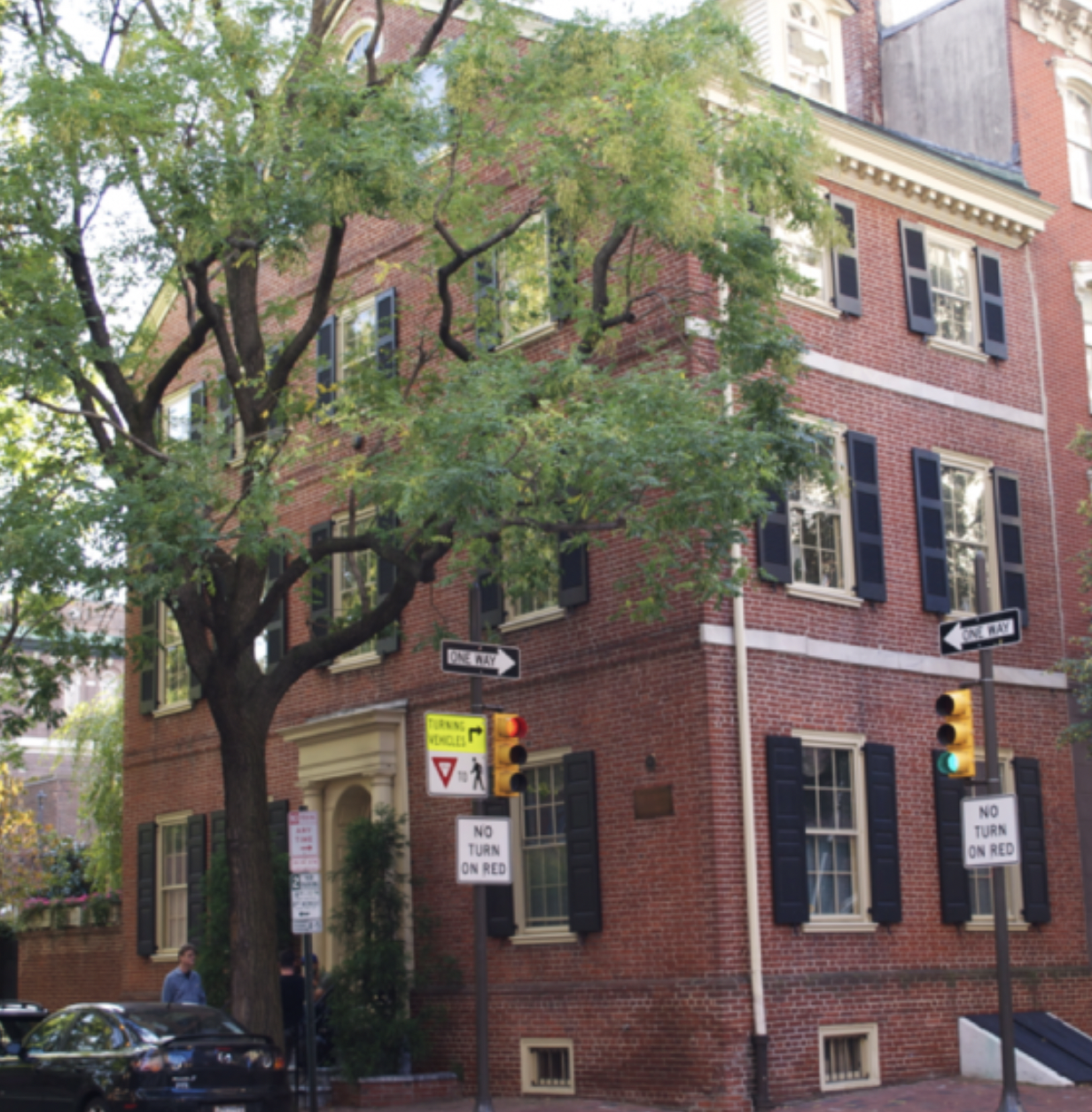 Above, the Jefferson family house on Locust Street in Philadelphia, where they lived in the early decades of the 19th Century, as it appears today. A small plaque on the wall commemorates the former presence of the Jeffersons: 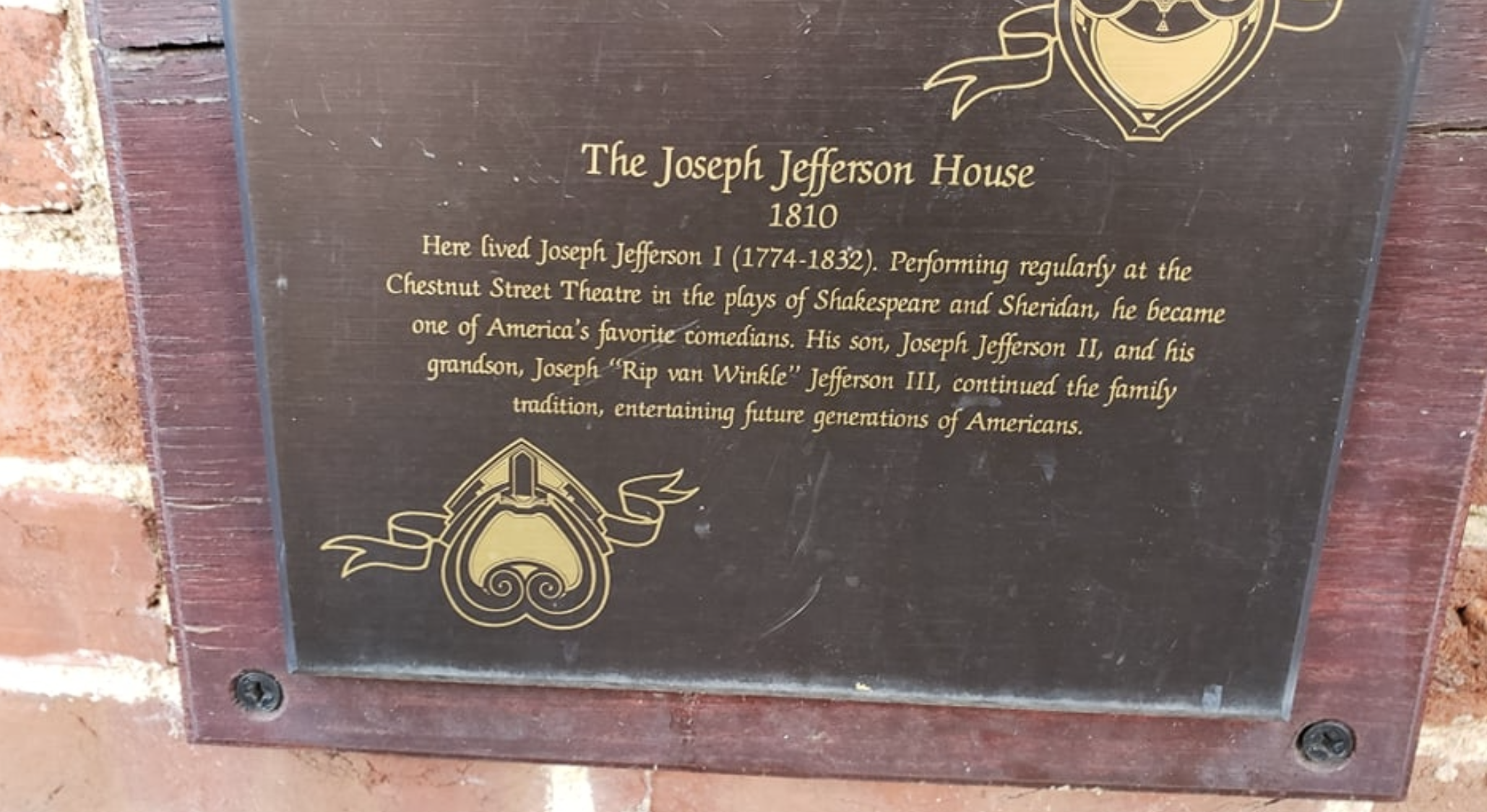 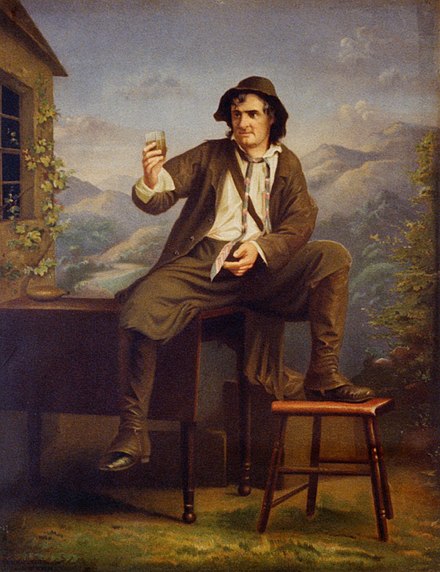 And in a photo, as Old Rip: 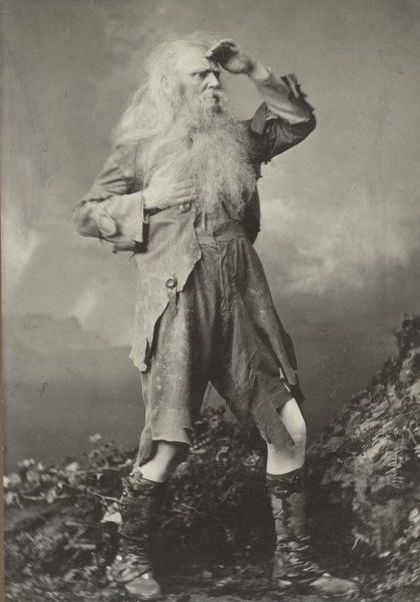 Below, actor and elocutionist James E. Murdoch, in an image that was much reproduced in the newspaper after his death: 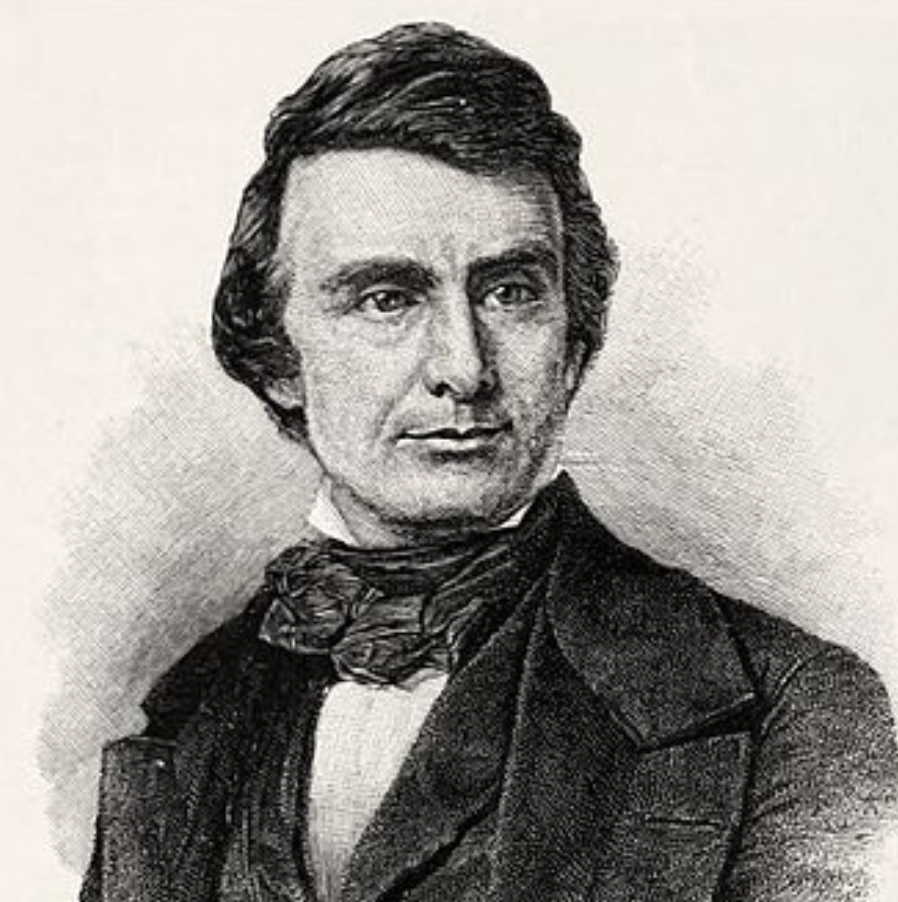 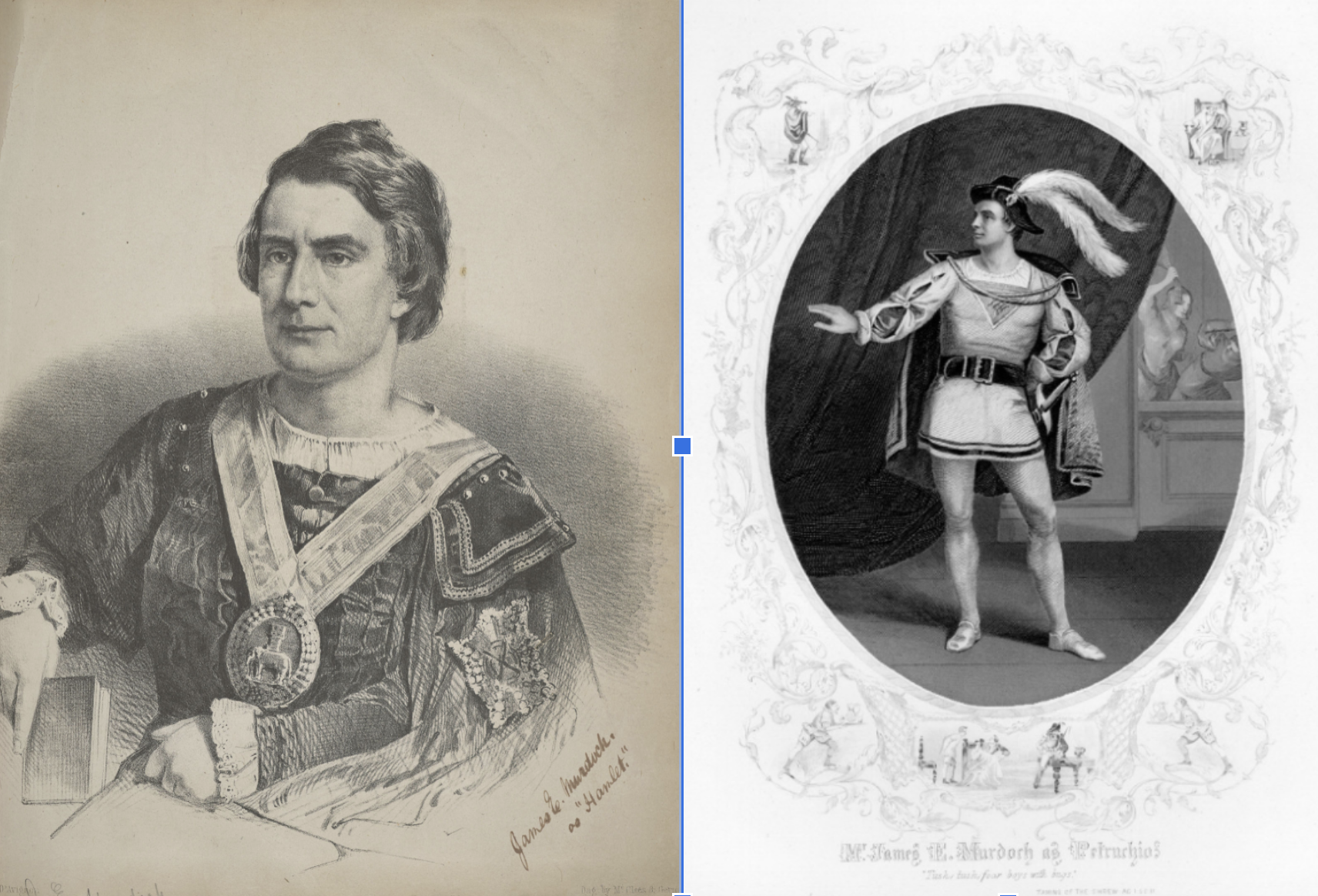 Above, James Murdoch in costume as Hamlet and Petruchio, in images pasted in Charles Durang's A History of the Philadelphia Stage.

Below, Matilda Heron as Julia in Henry Hart Mllman's Fazio, the role that began her career at the Walnut Street Theatre. 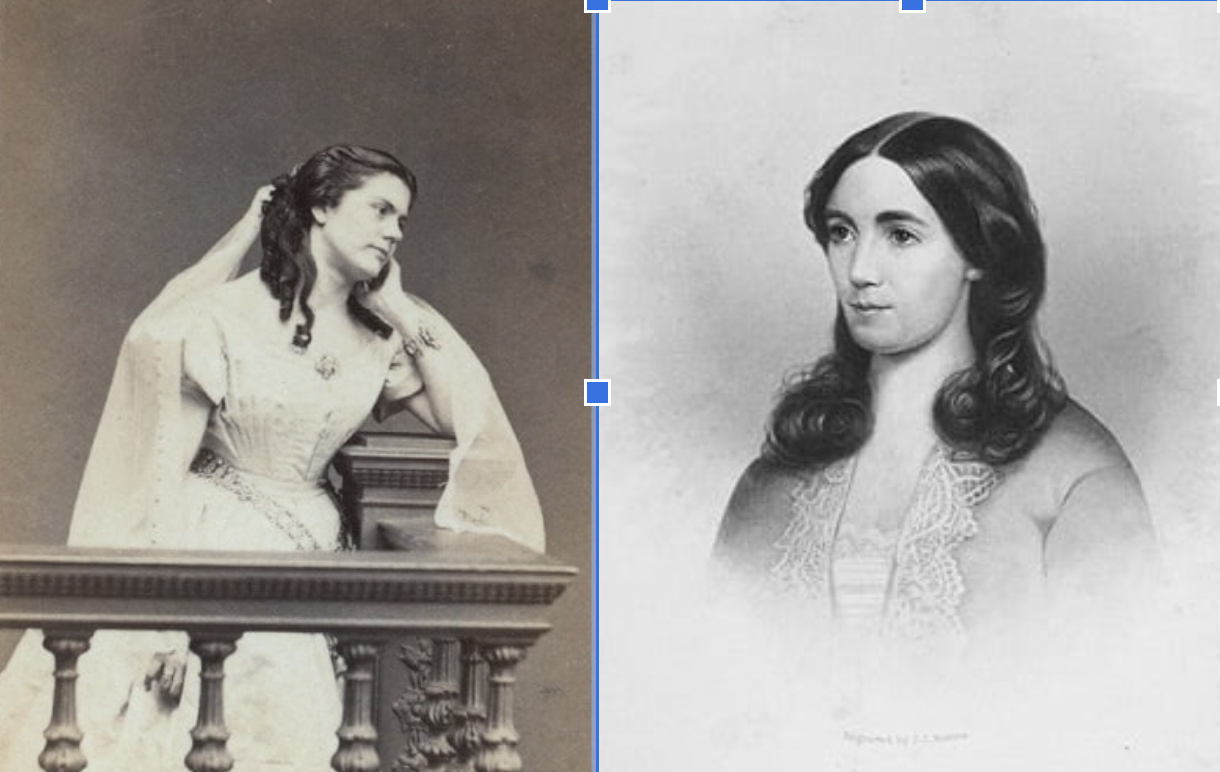 Below, Heron in New York photography studio portraits, in costume as Camille: 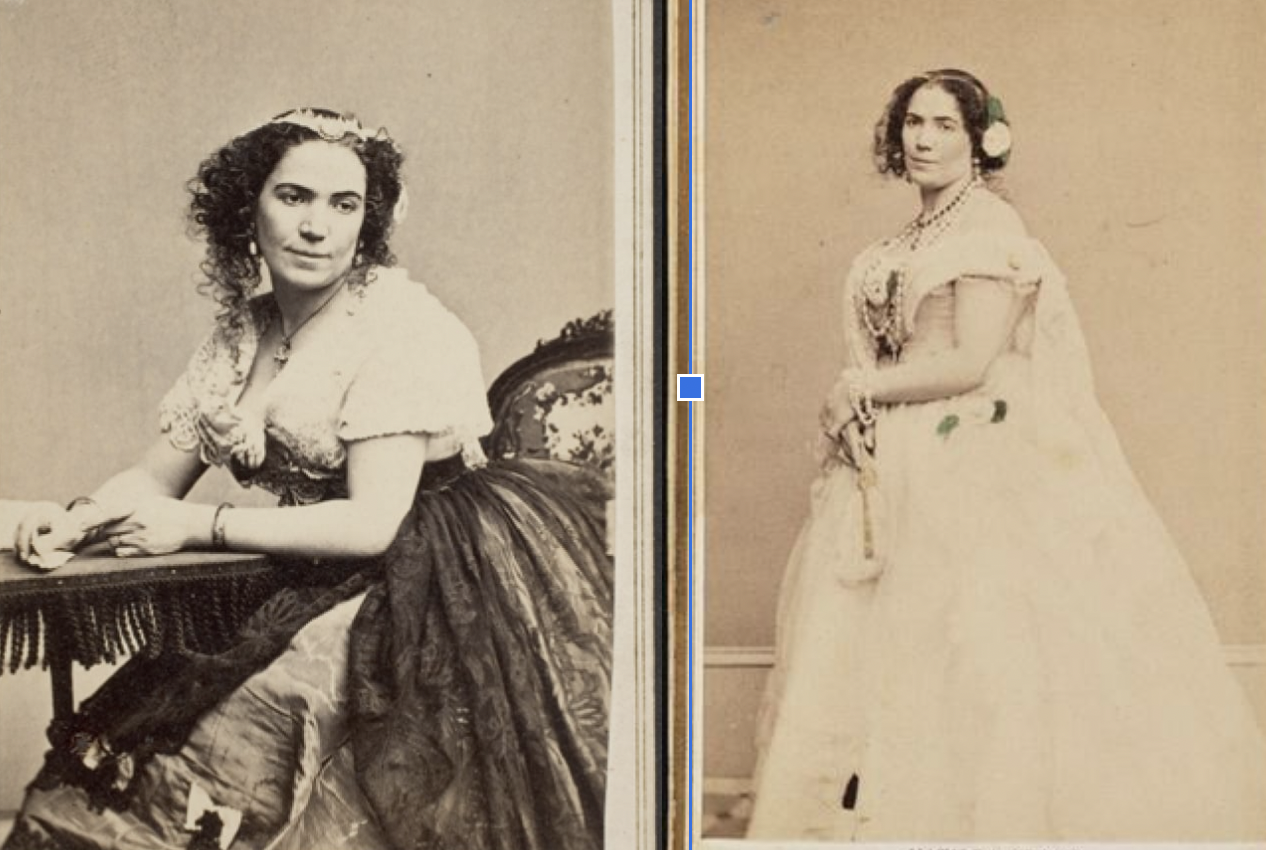 Below, an illustration from the front page of the National Police Gazette, October 25th, 1884, showing John McCullough 'breaking down' again during an onstage rehearsal following his disastrous evening at the end of September at McVicker's Theatre in Chicago. After this episode, the actor agreed he was too ill to continue, and never appeared onstage again. 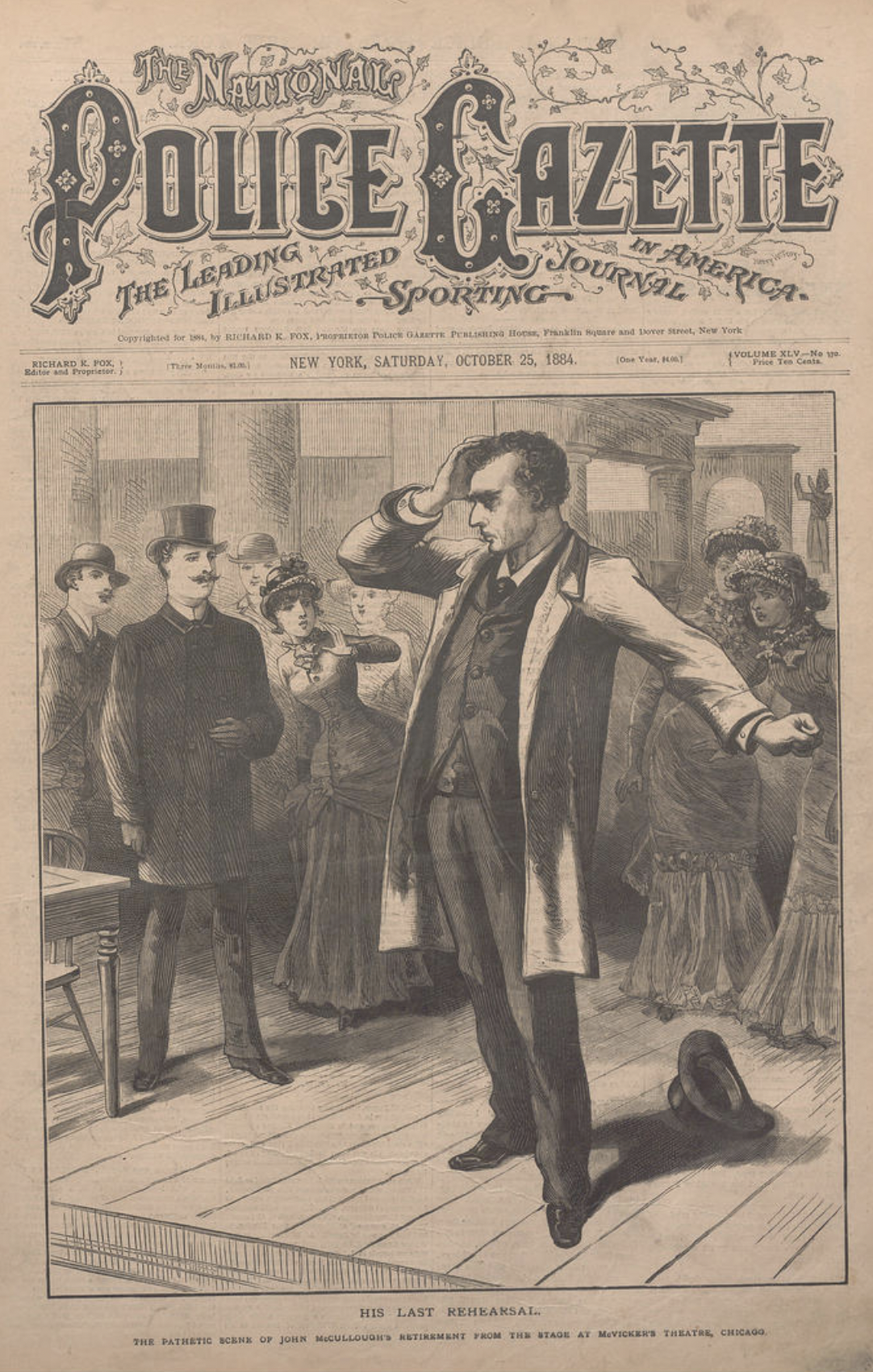 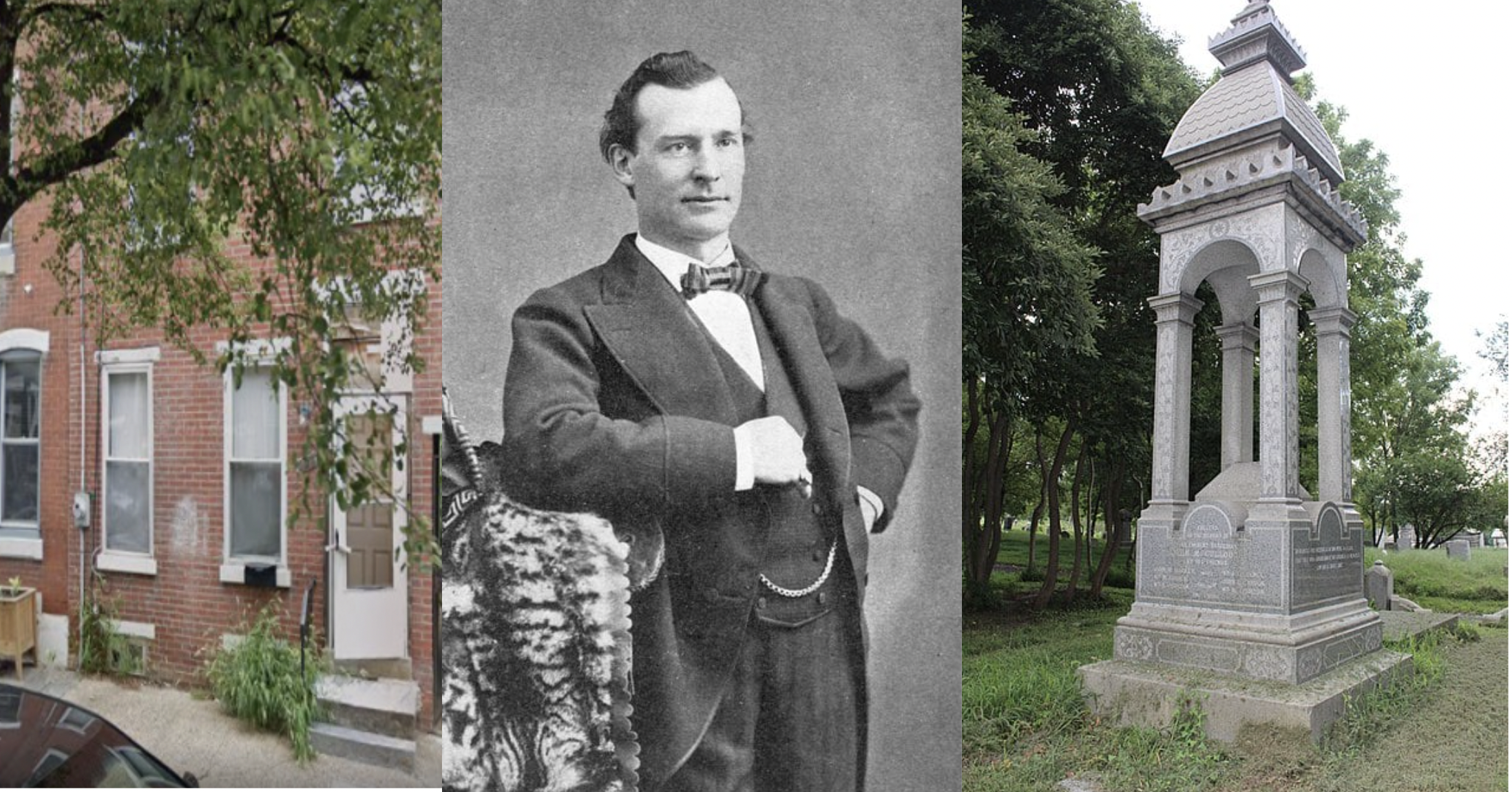 Above, actor John McCullough in better days, flanked by the house in Northern Liberties where he was 'brought home' to die, and his monument built above his resting place in Mount Moriah Cemetery in West Philadelphia.

Below, an engraving of John McCullough in his later years, from Harpers Magazine, December 1897. 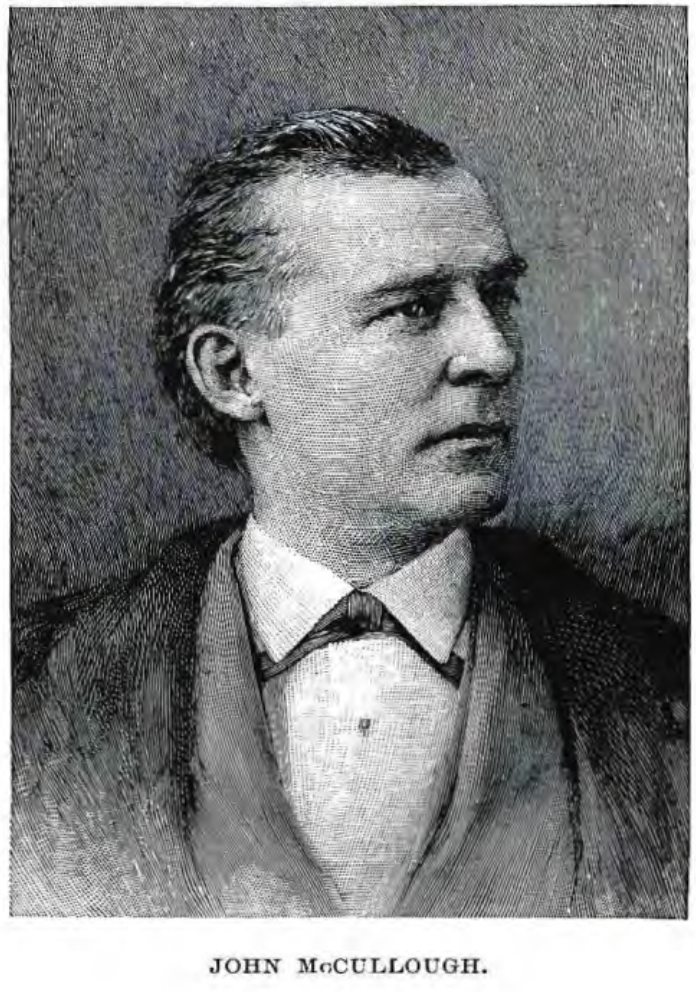 For the life of me, I can not find a photo or image of "Pop" Reed, anywhere in the archives, despite all the newspaper stories about him. All I can say is that judging from pictures I can easily find of his son, the comedian Roland Reed, and his granddaughter, the actress Florence Reed, old Pop Reed likely had a prominent nose. We wrote about Florence and Roland in a post on our Facebook page in May 2022:
https://www.facebook.com/AITHpodcast/posts/375494131305991 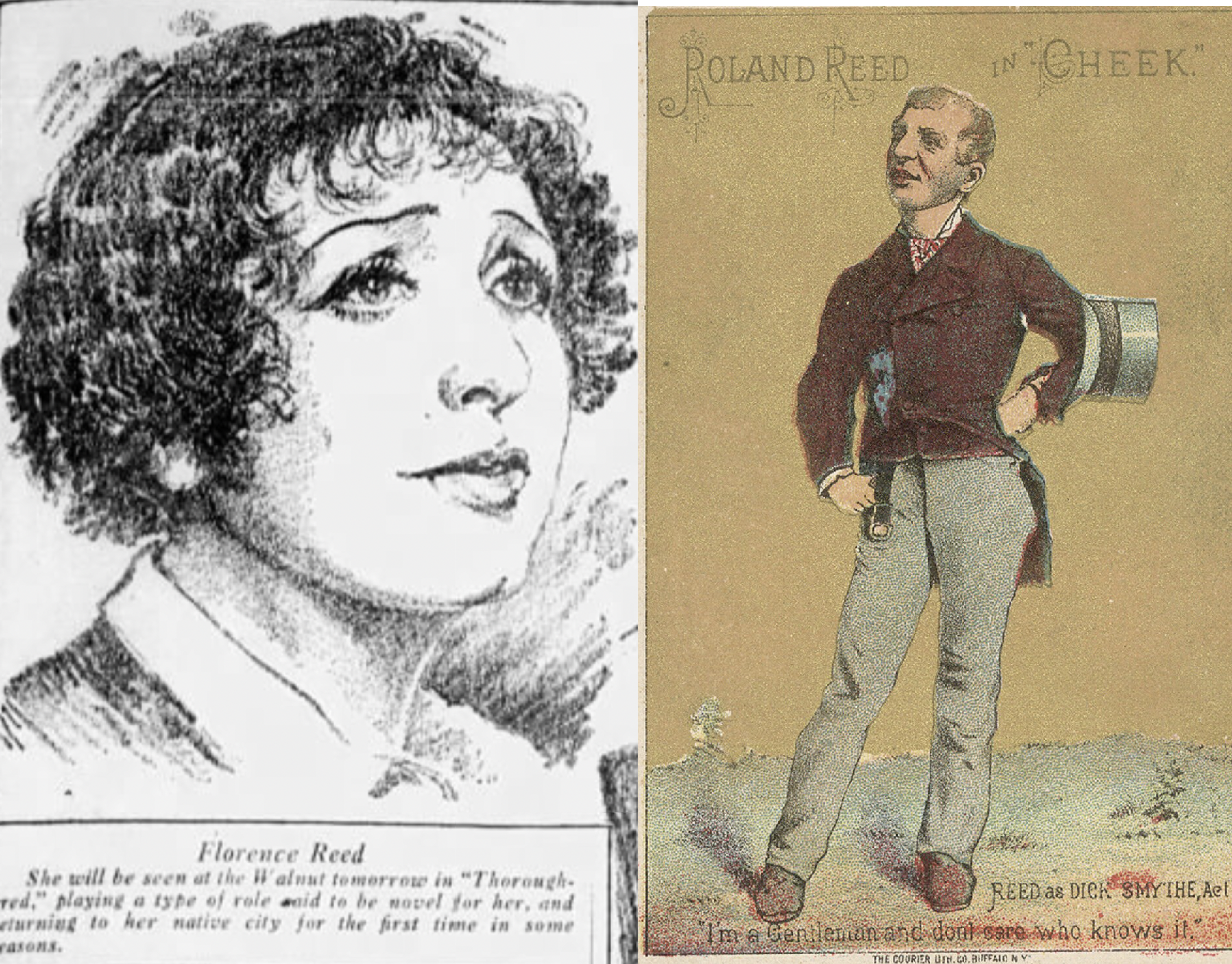 However, when Mary Jane Reed passed away, their son Roland made sure her engraving was published in the papers. I append it below, along with a photo of the couple's grave in Mt. Vernon Cemetery. 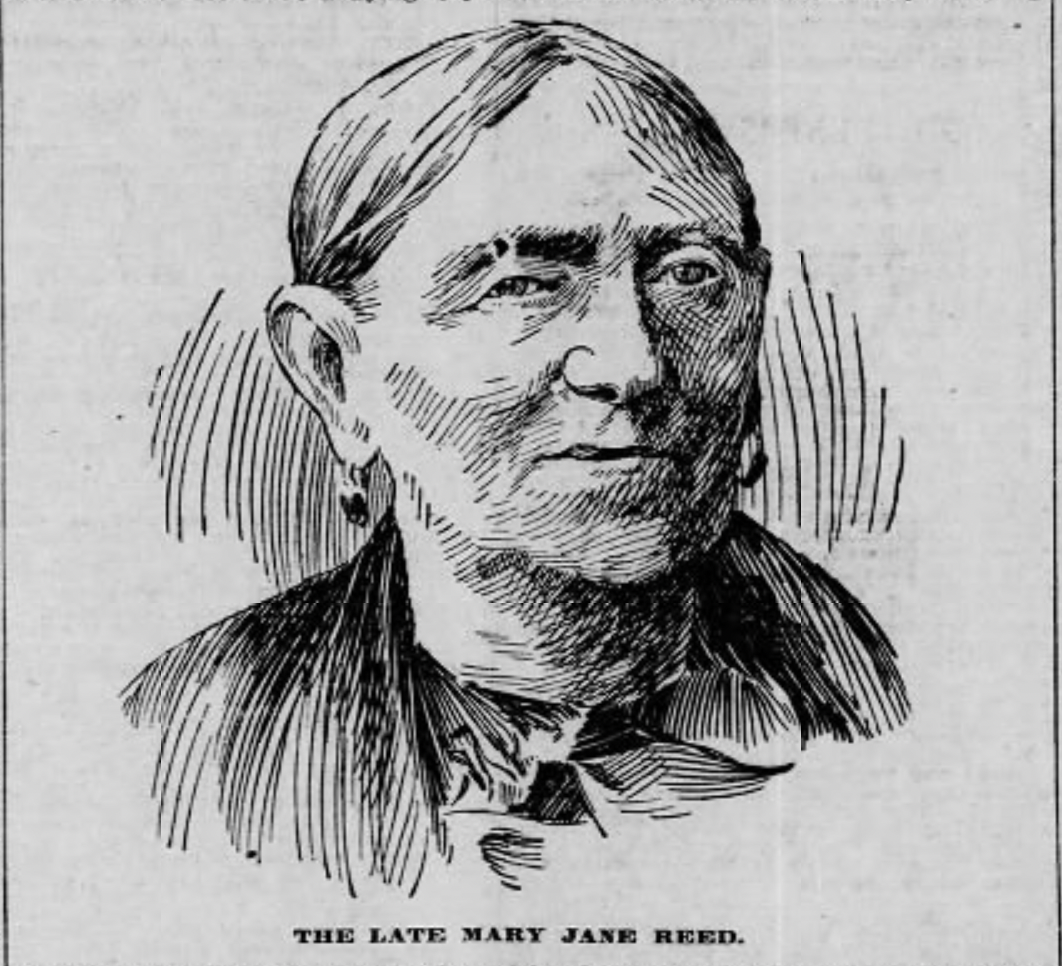 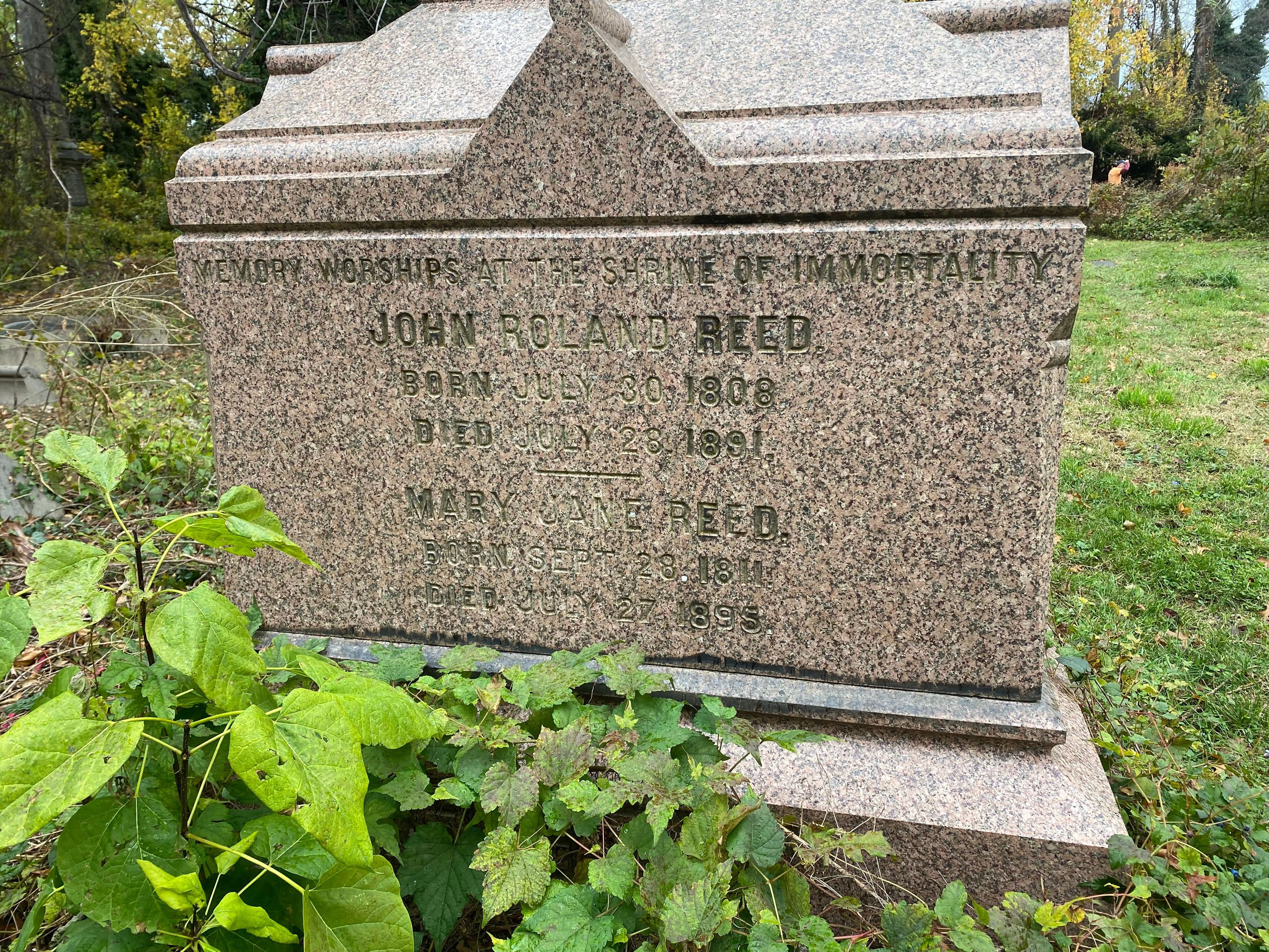 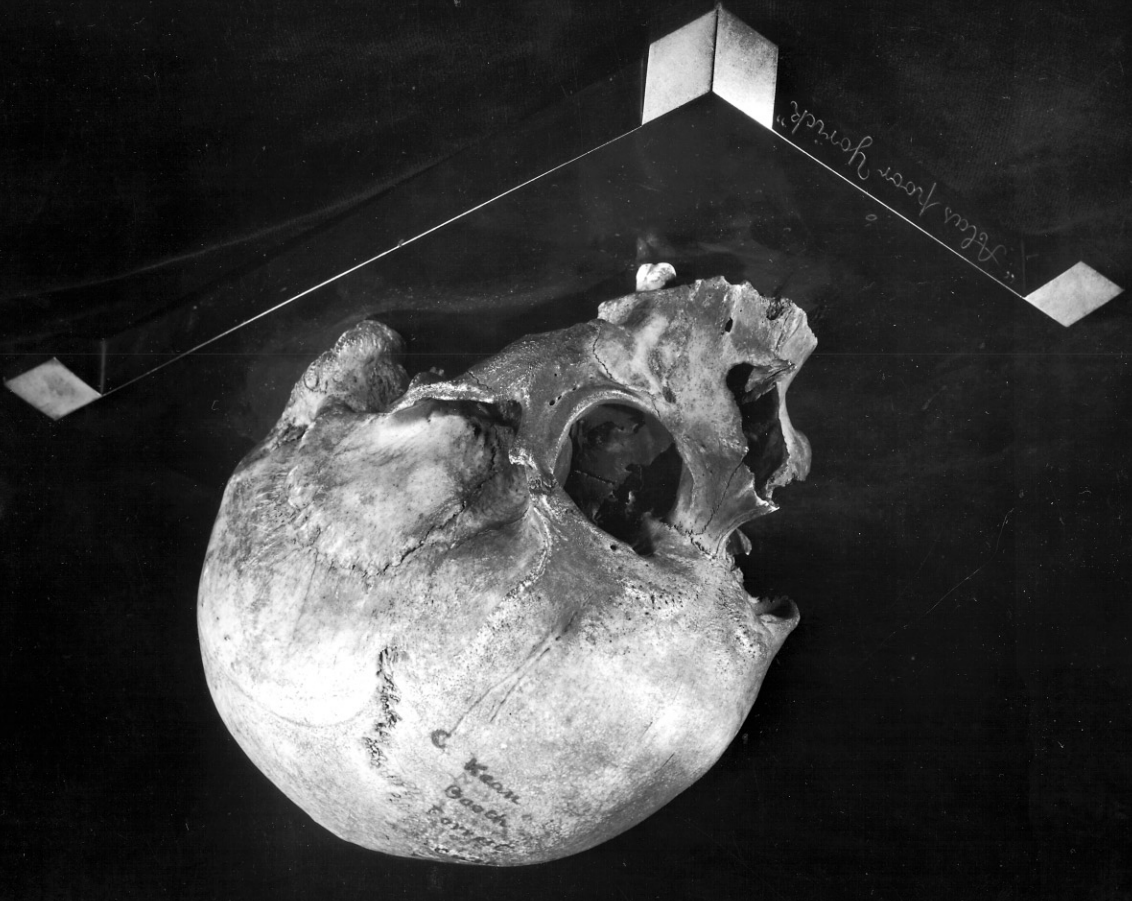 Above, the skull of Yorick, currently in the collection of the University of Pennsylvania that is NOT Pop Reed. I've inverted the photo so you can easily read the signatures on it.

Below, Charlie Hoffner, from a photo published in the New York Tribune in 1910: 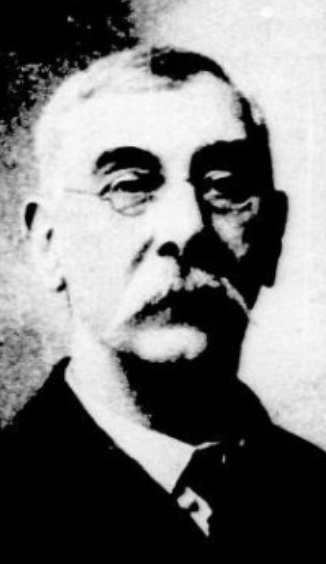 Murdoch, James E., Orthophony; or the Cultivation of the Human Voice in Elocution, William B. Ticknor and Company, Boston, 1847. (Accessed online via the Internet Archive)

Murdoch, James E., The Stage: or, Recollections of Actors and Acting from an Experience of Fifty Years, Robert Clarke & Co., Cincinnati, 1884. (Accessed via Internet Archive)

Leuger, Mike, "An Episode of Syphilis-Shaming Shows How Cruel Early-20th-Century Celebrity Gossip Could Be" in Slate, website, January 8, 2016.

"Passed Four Score Before Her Death: Mary Jane Reed, the Mother of the Comedian, Passes Away," Philadelphia Inquirer, July 28, 1895, p. 3.